Achondroplasia is a disorder affecting the growth of bone and people with this disorder will have abnormally short stature with short limbs. It can cause some complications in the brain and spinal cord but people with achondroplasia will have normal intelligence. Gene mutation is the main cause of this disorder and it can be diagnosed well before birth. The average height of affected person will be below 4 feet or 120-130 cm.

The term “achondroplasia” means without cartilage but the defective person will have cartilages that cannot convert into bone. Hence this disorder is marked by short bone structure. On average, one out of every 20,000 children will have this disorder.

Achondroplasia occurs due to gene mutation. The gene responsible for mutation is the FGFR3 gene that encodes with a protein of fibroblast growth factor receptor 3. It undergoes gene mutation forming new set of genes. This particular protein is vital for the maintenance of bone and tissues. Due to mutation there may not be sufficient growth of bone from the cartilages causing stunted growth with short structure.

The child with achondroplasia can be diagnosed shortly after birth. The baby will have a long trunk marked with short arms and legs. The characteristic disproportion of shortening of extremities can be very well observed in the development of arms and thighs. The infant will have large head with marked forehead, an underdeveloped midface region, underdeveloped cheekbones and lower nasal bridge with narrow passage.

The fingers of the child will be very short and on close observation the middle fingers will be seen diverging thus giving triangle like appearance. Most of the joints will extend beyond normal level. Knee joints will often extend further in children affected with achondroplasia. However the elbow joints are limited in size.

Such people will have a prominent hump in their lower back region and it can be seen on the lumbar region as lumbar lordosis which continues till adulthood. The child born with this disorder will have very low muscle tone called hypotonia. Unlike normal children, the child affected with this disorder will take more time for carrying out normal motor developments. Hence there can be developmental delay in such children. Achondroplasia children will have normal intelligence but they may have enlarged brain structure which is described as megalencephaly.

Children with achondroplasia can be identified with marked physical features which is evident at birth. Imaging tests like X-ray and ultrasound scan is done. If one of the parents is with achondroplasia disorder then molecular diagnoses can be done before birth. Cells are collected through villus sampling technique or amniocentesis.

Lifestyle of Patients Affected with Achondroplasia :

Any child or adult with achondroplasia can live normal life. But the parents and health care providers have to closely monitor the growth of such children until they reach the adulthood. The physicians will measure the growth factor regularly using standardized tools meant for them. Keeping in touch with pediatricians and neurologists is essential for such children.

In case of any complications found in patients with achondroplasia surgical intervention can be made for repairing or correcting them. Some children will have a large opening beneath the skull which can be closed surgically. The foramen magnum area will have to be enlarged in case it is extremely narrow causing stenosis. If the opening is very narrow it can compress the nervous system of the spinal cord causing multiple complications. If left untreated stenosis can cause sudden death in affected children.

A hump is present in most of the patients with achondroplasia on the lower back region. It may compress the spinal cord when the child reaches adolescence. In that case surgery has to be done for relieving the compression in stenosis. In many adults spinal stenosis is the major complication seen in adulthood. If required some children should undergo orthopedic surgery for lengthening the limb bones and for repairing the lower legs. Hydrocephalus is the condition caused in some children where there is disproportion in the brain region and base of the skull. This can be repaired by placing a shunt for draining out the excess of fluids.

During childbirth there can be complication in the vaginal delivery for many cases owing to the large size of the head. Hence the doctor should carefully monitor the stage and plan for C-section delivery for safeguarding the mother and child. This can considerably prevent birth related trauma or breathing problems in the fetus. Ear infections are quite common in children with achondroplasia which can cause mild to moderate loss of hearing. If treated promptly you can avoid hearing problems.

For overcrowding of teeth, dentists have to be approached for straightening the teeth and follow up further procedures. Obesity is common in these patients and many children become obese due to short structure and joint problems and hump. Hence the parents have to monitor their weight to prevent obesity.

How is Achondroplasia Inherited?

A single copy of the autosomal dominant gene is enough to cause achondroplasia. The gene is capable of fully penetrating. In other words, every person with such a gene will have achondroplasia. But there can be difference in the expression of the gene. For instance all children with achondroplasia will not have same symptoms and the intensity of variation may differ.

One out of 8 cases will inherit the gene from his/her parent. Other causes will develop achondroplasia due to gene mutation. Some infinite changes take place in the gene during fertilization causing gene mutation. The chance of having mutated genes increases with the age of the parent. That implies that parents who are having late pregnancy are more prone to get children with achondroplasia. 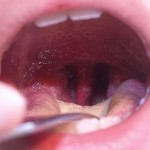 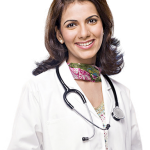 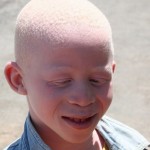