Adenocarcinoma is the cancer that affects the glandular tissue of your body. The term “adeno” refers to gland and “carcinoma” means cancer. The cells of the body would multiply in disciplined manner. Old cells would die after some days which are replenished with newer cells. But in some cases, old cells will not die and more and more new cells are formed. This abnormal cell formation leads to cancer.

Glandular tissue is present throughout the body and very often adenocarcinoma affects the epithelial cells, interfering with its normal secretion. Though adenocarcinoma can occur anywhere on the body, it commonly occurs in lungs and colon. Other organs like cervix, stomach, pancreas and thyroid gland can also develop adenocarcinoma. Some types of gland tumors like insulinoma or vipoma are not considered as adenocarcinoma but they are neuroendocrine tumors.

Exact cause of adenocarcinoma is not known. But it develops due to overcrowding of older cells upon which newer cells start growing forming a mass or tumor.

Treatment approach differs in accordance with the size and location of cancer in the body. Surgical removal of the tumor from the glandular tissue is done in many cases. In this process some part of healthy tissues are also removed. At present non-invasive surgeries are used to reduce the chance of infection and to speed up the process of healing. 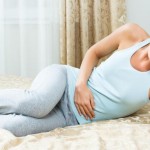 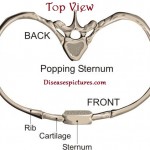