AIDS (Acquired Immuno Deficiency Syndrome) is the last stage of HIV infection. HIV is a deadly virus that damages the body’s defense system called immunity. Human Immunodeficiency Virus targets the white blood cells and infects it thereby reducing the immune system making the body prone to any type of infection. AIDS is the final stage of HIV infection and it is not true that all people with HIV would develop aids in future.

CD4+ is a type of white blood cells that is destroyed by this virus and since it is vital for preventing any infection, people with reduced CD4+ (or T cell) may get cancer or many infections that can be fatal. It might take at least 10 years for a person with HIV to develop AIDS even if he/she is not taking any treatment. More than a million people in the USA alone are diagnosed with AIDS and about 6 million people have died due to this infectious disease.

You have the chance to get HIV infection if you share any type of bodily fluids (mucus, saliva, semen, blood, vaginal fluids or breast milk) from an infected individual. The virus would enter into your blood though the soft lining of sex organs, mouth or anus or sometimes through cut or injury in the skin. Some of the common methods in which you can get HIV are by sharing needles with others and by having sex with infected person. As believed by many people, you cannot get HIV infection by sharing public toilets, by touching infected people, by kissing and hugging infected people, by sharing cups or other products of infected person or by bug bites. Unless there is transfer of body fluids from the infected person you cannot get HIV. 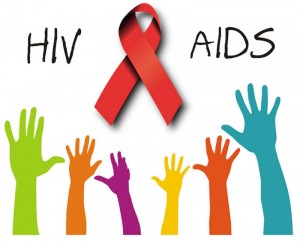 Two types of HIV are being diagnosed. One is HIV 1 that causes AIDs and the second is HIV 2 that cause illness similar to AIDS.

Having unprotected sex with infected person is the major cause of getting HIV. AIDS is the final stage of HIV infection which is caused by virus called human immunodeficiency virus. Once it enters into the bloodstream it begins to destroy more number of CD4 cells thereby reducing the immunity.

Conversion of HIV infection to AIDS :

You can live without AIDS even for several years after HIV infection. The symptoms of AIDS begin to develop only after there is considerable reduction of CD4 count and your immune system gets completely weakened.

As said earlier, you can get HIV infection by sharing bodily fluids of the infected person, like having unprotected sex, by sharing needles or syringes, and by sharing semen or saliva and finally by breast milk.

Having sex with infected person, having sexually transmitted diseases, receiving blood from infected person and being an uncircumcised man are some of the risk factors for developing HIV infection. Belonging to black community makes you prone to HIV infection. The impact of this infection is high in African Americans when compared with other ethnic groups. Many blacks are living below the poverty line and hence they cannot afford for medical care and drugs.

The symptoms of HIV infection can be broadly divided into 3 stages.

Initial symptoms begin to appear within few weeks of exposure to infection or sharing body fluids. It resembles like ordinary viral infection or flu. Some of the common signs of first stage of HIV infection are fatigue, body pain, headache, nausea, vomiting, fever, sore throat, and rashes. If you could discuss with your doctor about these symptoms he would prescribe HIV antigen after diagnosing the infection. This period is known as seroconversion stage and the symptoms would wane after 2-3 weeks.

At this stage, most of the above symptoms would disappear and you will have almost no symptoms. This is known as asymptomatic phase and people don’t realize that they are infected with HIV. In this phase the CD4 cells are continuously declining making you prone to high risk of infection. Normal count of CD4 cells are anywhere from 499-1400 per microlitre and if tested at this stage the count would be 300-400 or even below.

Even at this stage if you think you are susceptible to HIV infection you can stop further damage by taking suitable drugs as soon as possible. Latent infection can extend up to 10 years (first to second stage) for many people during which viral count would be high in their blood. If you are not taking any antigen for HIV the infection would progress to AIDS.

This is the final stage of HIV infection during which you are diagnosed with AIDS and the rate of CD4 cells would go below 200. Some people would develop ‘AIDS’ like illness (Kaposi’s sarcoma) or pneumonia at his stage due to high rate of infection. Some of the symptoms experienced at this stage are loss of weight (unexplained), extreme tiredness, night sweats or chills, swollen lymph nodes, repeated fever, consistent diarrhea, joint pain, rash, breathlessness and easy bruising. 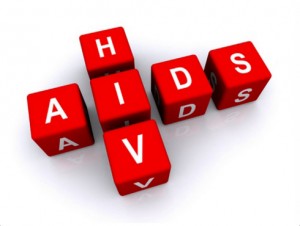 Since the person becomes prone to many infections, he/she can easily develop tuberculosis (TB), cytomegalovirus, bacterial infection, meningitis, Candidiasis and many other potentially dangerous infections. A type of skin cancer (Kaposi’s sarcoma) and lymphoma is common for many people with HIV. HIV or AIDS can also cause neurological complications and kidney disease moving one fast to death.

If your doctor suspects HIV infection he would order for blood tests to check whether antibodies are present in your blood. Unfortunately the body can take many weeks to produce antibodies and hence it is difficult to rely on this test alone. A special type of protein is produced by the virus can confirm the presence of HIV in your blood.

Your doctor would also check the rate of CD4 cells in the white blood which would be very low in a person affected with HIV. In case the infection has progressed to the final stage of AIDS then your CD4 count can be lower than 200 also. Viral load test can be done to find out the quantity of virus in the blood.

No cure is available for AIDS but the symptoms can be controlled by effective drugs. Anti HIV medications of several classes are usually combined and given for HIV patients. It can be NNRTI, NRTI or PI or entry inhibitors or intergrase inhibitors. Some of the common prescription drugs given for HIV include Efavirenz, Abacavir, tenofovir, atazanavir, combivir, Ritonavir, Fuzeon, and Raltegravir.

Treatment is started immediately if you have serious symptoms or if your CD4 count is very low. Once diagnosed with HIV you need to take prescribed pills each day for the rest of your life. These drugs can cause adverse effects like skin rash, heart problem, bone weakness, nausea and vomiting. The doctor will monitor your health regularly by checking the viral load and CD4 level in your blood so that medications can be adjusted.

Remember that you can transmit the virus to anyone if you are diagnosed with HIV. So follow the instructions of your doctor to prevent spreading the infection to others. HIV vaccines are being tested and experimented in many developing countries. But it is difficult to develop a proper vaccine because the virus makes several new copies and hence this creates many types. At present, anti-retroviral therapies are giving positive hope for millions of patients with HIV/AIDS.