Alcoholism is a chronic disease that can seriously affect your day-to-day activities in total. Unlike popular belief about the habit of drinking, alcoholism is a disease and not to be considered as a symbol of bad behavior or character. Dependence on alcohol has increased rapidly due to the current lifestyle and statistics say that about 14 million people are affected by alcoholism in the USA alone.

The person affected with alcoholism will be preoccupied with alcohol and know very well that it would create serious health problems if he/she continues to use it. They literally become dependent on the quantity of alcohol consumed for getting the desired effect. Binge drinking is described as drinking as high as 5 or 6 drinks in one row can cause alcoholism. This disease is increasingly becoming common in teenagers when they resort to binge drinking due to compulsion of peer pressure.

Excessive drinking of alcohol in spite of the fact that it creates physical as well as mental problem leads to alcoholism. It is impossible to stop/quit drinking without the help of treatment when a person develops alcoholism. Alcohol abuse is not to be considered as bad character but as a progressive disease. Alcohol consumption (in excess) can affect each person differently. Alcoholism has affected more than 25% of men and 10% of women in the America and often it begins during adolescence. More than half of death of teenagers is due to alcohol abuse in America. Most of the people with alcoholism can be treated and cured by comprehensive programs of medications, counseling and from support of family and friends.

Some of the common symptoms of alcoholism are given below:-

There is no clear reason what factor induces a person to develop alcoholism. Drinking alcohol can be the result of too many factors like social status, environmental factors, genetic factors and psychological factor. For some people they start drinking for fun and soon get addicted to alcohol without their knowledge.

Drinking in excess can seriously alter the chemical balance in your brain causing impairment in judgmental skills, loss of balance and inability to control the behavior. A person is said to have addiction if he/she craves for alcohol and finds it as the ultimate choice for getting pleasure. 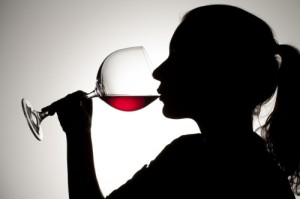 First the person may feel like getting stimulated when he takes alcohol for the first time. As he continues to drink he gets addicted. Alcoholism can cause moderate to very serious physical problems like liver disease (alcoholic hepatitis or liver cirrhosis), digestive problems, heart complications, diabetes, sexual dysfunction, and eye problems.

Women who resort to alcohol abuse during pregnancy can give birth to child with serious birth defects. Gradually alcoholism can cause loss of bone density and makes one prone to develop cancer easily. Apart from the above physical problems alcoholism can cause accidents (even death many times) while driving, involving in socially prohibited acts like fighting and raping. It can damage the person’s image seriously disturbing his family and social life altogether.

The doctor will ask the person to complete set of questionnaires to know about the drinking pattern and behavior changes due to drinking. He will talk to the family and friends of the concerned person to collect more information about the person.

There are certain criteria given in the DSM of APA (American Psychiatric Association) and a person is said to have alcoholism if he/she fulfills any 3 of the following.

The method of treatment is not the same for all persons affected with alcoholism. It can be in the form of medications, counseling or residential rehab program. Depending on the health condition of the patient, the doctor will devise suitable detoxification schedule which can be for a week or more. During this period, the patient will be given sedating drugs to protect him from withdrawal symptoms. The most crucial part of recovery will be this stage since the patient will have to overcome the ongoing symptoms.

With the help of therapist and specialist the doctor will establish suitable plan to make the desired behavior changes in the affected person. Continued counseling will help one to stick on to the treatment plan. Family support is absolutely essential for speedy recovery after counseling.

Medications are given to abstain one from further drinking. Drugs like disulfiram, revia, camprol and naltrexone are prescribed which produces adverse effects if one starts drinking again. Alcohol dependence can be prevented by taking a shot of vivitrol. Similarly medications are given for overcoming psychological problems like anxiety and depression. The person should attend support group sessions at scheduled time until he is fully recovered. For more severe cases of alcoholism, residential program is given in rehab centers.

You can develop healthy eating habits and engage in regular physical exercises which help in speedy recovery. Stay away from friends who are still drinking and avoid situations that tempt one to drink. Join a gym or yoga class which helps in focusing your thought and develop determination not to drink.

Adolescents should be explained about the physical problems of drinking. Early intervention will prevent one from getting into the habit. If you are seeing any behavioral changes with your son/daughter like difficulty in maintaining relations, declining grades at school and loss of interest in personal appearance then it can be due to alcohol abuse. Talk openly with him/her and get involved with his life to start with early treatment.