Angelman syndrome is characterized by developmental disability and neurological disorders. It is a familial disorder and cause difficulty in speaking, walking and balancing. People with this syndrome will be seen with smiles and laughter often and will have excited personality. However as they grow older, they will lose their excitement. Seizures are the first indication for detecting Angelman syndrome and there will be delay in normal development. The first symptom appears as early as 2-3 years of the child.

There will be delay in developmental stage of the child like crawling, toddling and walking. His intellectual ability will be lower than that of normal children. He will not start talking or he will talk only few words. He may not be able to walk properly due to imbalance or ataxia. He will appear excited and smiling all the time. In future also, people with Angelman syndrome will have happy personality.

Some of the physical features of the person affected with this disorder are stiff movements, smaller head size, crossing of eyes, thrusting of tongue, walking very differently or imbalanced and seizures or epilepsy along with neurological problems will start between 2-3 years.

Angelman syndrome is caused by hereditary and it is believed to be caused by the chromosome 15 or ubiquitin protein ligase gene. These are defective genes causing physically abnormal features to the child. Since genes determine the character of the child, it will be reflected in the form of happy personality. The genes are of autosomal recessive nature. One pair of genes is obtained from the mother and the other pair is from the father. The genes should be active in the pair but in these defective genes only one gene will stay active and the other is inactive. Here the copy of the gene is defective or missing causing the abnormal behavior and physical abnormalities in the child.

Some children born with Angelman syndrome will have feeding difficulty due to the inability to coordinate between sucking and swallowing. Most of them will be hyperactive in the early childhood days and gradually it will decrease. The children affected with this syndrome will have poor attention and memory. It is common for them to have abnormal sleep patterns. They sleep very less when compared with regular children. As they grow old, they will have high appetite and are likely to put on more weight to become obese.

Your doctor will look for the above symptoms during the developmental stage of the child. For confirming the problem, he would take a blood sample for genetic testing. Karotyping test is conducted for testing the chromosome size and shape. They will also find whether there is any missing chromosome using FISH test. Parental DNA pattern is studied using methylation test for analyzing the imprinting pattern of the genes.

There is no treatment available for Angelman syndrome since it is birth defect developing due to chromosomal defects. The symptoms of the disorder only can be treated.

Seizure can be controlled by giving proper medications like sodium valporate. Physical therapy is to be given for the children for walking with balance. In addition speech therapy and behavioral therapy is to be given for such children to overcome various behavioral problems like hyperactivity and lack of attention. Family and friends support is vital for the development of such children. Parents having a child with Angelman syndrome can take help from support groups for sharing common problems and for facing challenges. 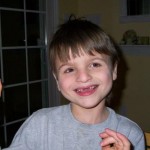 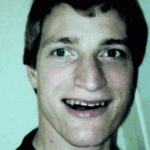 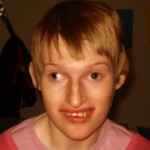 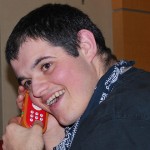 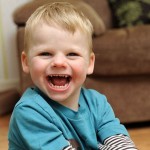 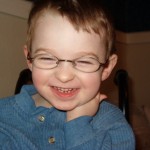 Nothing can be done to prevent Angelman syndrome since it occurs due to birth defect. Parents with defective genes can be counseld about the prognosis of the disorder to avoid pregnancy.