Appendix is seen as a small thin tube measuring about 4 inches between the small and large intestine. If you have any acute pain in the right lower abdomen it can be due to appendicitis or inflammation of appendix. Appendix does not carry out any function obviously and hence its presence is not felt unless the person develops inflammation. Appendix is located in the first part of the colon namely the cecum.

No apparent function is performed by appendix. But appendix is believed to act as a storehouse for bacteria (good) and also for recharging the digestive system after any acute diarrhea. Hence it is still a question of debate whether we need an appendix or not. It will not cause any health issues even after the removal of appendix from the body.

Sometimes the appendix become swollen and inflamed and causes acute pain. Several factors can cause inflammation of appendix. The opening of appendix can get blocked due to gradual building up of thick mucus or due to hardened stool. For some people the opening of small tube like appendix can get blocked due to thickened lymphatic tissue. Once the appendix opening gets blocked it gives room for millions of bacteria to invade it causing an infection. The immune system of the body triggers response causing inflammation of appendix which causes pain.

Normally appendix pain would not be felt by the person unless it becomes heavily swollen or ruptured. There is a chance for rupture of appendix inside emptying its contents into the abdomen. This leads to pouring in of bacteria into the colon inviting complications. If the appendix gets inflamed or ruptured it can cause sudden acute pain. Often a course of antibiotics are enough for healing of appendix and to reduce inflammation. But in severe cases surgery is necessary to remove the appendix. 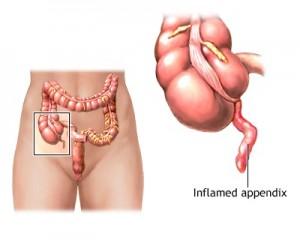 Once appendicitis is diagnosed it would be removed by surgery having no other option. In some cases a small piece of appendix can be left behind after surgery which can develop inflammation later. The patient may develop appendicitis again having all the symptoms like pain and loss of appetite. Such a condition is known as stump appendix which is treated very much like normal appendicitis.

Perforation is the complication caused by inflamed appendix most of the time. Any hole formation in the appendix is dangerous. Pus can get collected inside the appendix and sometimes the contents of the appendix can get diffused spreading the infection in the lining of the abdomen. Perforation does not occur normally and only if there is inordinate delay in diagnosing and treating appendicitis it can occur. If you are delaying and postponing the treatment for appendix inflammation it can lead to perforation and various complications.

Appendicitis or inflamed appendix can block the free flow of the intestine. Pressure exerted by the appendix can compress the large intestine and block it. It can lead to gas formation gradually causing symptoms like nausea and vomiting and abdominal pain. Another complication caused by inflamed appendix is sepsis. This is the worst scenario in which the infected contents of the appendix region is emptied into the blood wherein the bacteria enters the blood traveling to the entire body causing fatal consequences. If not attended promptly it can cause death. 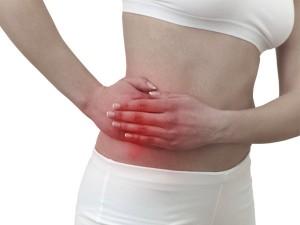 For mild to moderate form of appendicitis (depending on the individual’s case) the doctor may decide on oral prescriptions like antibiotics and medications for healing of appendix. If any abscess is formed in the appendix region draining the abscess is to be done by inserting small rubber tubing through the skin of the abdomen. The entire abscess is drained off through the tube with the help of assisted camera with CT scan. Appendix will be removed surgically following this procedure after some weeks. This process is known as interval appendectomy.

Often surgery is to be done for removing appendix which is known as appendectomy in medical terms. Before the operation, your doctor and surgeon would give complete details of the procedure. Once the patient is kept under anesthesia, the surgeon makes an incision measuring about 3 inches in length on the right lower quadrant. After opening the region, he would look for appendix and carefully examine it. Next he would gently remove the appendix from the colon relieving the mesenteric attachment behind. In case of abscess, the pus would be drained off to prevent further infection. Finally he closes the colon using sutures and abdominal incision is also closed with stitches.

The entire procedure can be made using laparoscopy involving minimal invasion. Using a video camera held on one end of the telescope the surgeon would inspect the region of appendix and makes a tiny puncture on the spot. With the aid of special instruments passing through the puncture appendix would be removed completely. The patient can get back to normal activities within a day or two since there would not be any pain after the surgery.

Even during the normal surgery, the patient can go home after few days of surgery except for perforation in the appendix. It is better to stay in the hospital for few other days to watch any infectious symptoms in the body if there is perforation in the appendix. Antibiotics are prescribed for a week or more depending on the individual’s case to prevent any infection. Removal of appendix from the body would not cause any health issues.