Asperger’s syndrome is a serious disorder and classified under the autistic spectrum disorders. It affects the child’s ability to communicate with others. Children with this disorder are at the milder end of the spectrum and will exhibit social awkwardness. There is no treatment for this syndrome but the child can be taught to socialize by therapies like cognitive behavior therapy and by giving appropriate social skills training. This syndrome is a developmental disorder that causes inordinate delay in learning basic skills of socializing.

When compared with the children affected with autism, children of Asperger’s syndrome will function better in many ways with normal intelligence. These children will develop problems in communicating during later years. It was Hans Asperger, an Austrian doctor who first named this syndrome in 1944.

The symptoms of Asperger’s syndrome vary widely from one child to another. Most of the children will have problems with social skills and difficulty in talking with others. When left in social situations they react awkwardly. These children cannot initiate conversation and maintain it. Many times these children engage in repetitive behaviors like twisting their fingers, wringing their hands etc. These movements become irresistible and come voluntarily.

They follow certain dress code and normally they refuse to make even small alterations in it. The children will not make eye contact directly when speaking to someone. They have problems in understanding the body language of others and effectively using facial gestures. They exhibit unusual nonverbal communication many times with awkward postures.

Many children with Asperger’s syndrome will have an intense desire in specific areas like sports, music, mathematics and maps and later on it becomes an obsession for them. They become specialist in that field after some years. Even after they attain school going age they will not show any interest in moving with friends. And there can be developmental delay for some children like delayed walking or delayed motor skills.

The cause is yet to be discovered but Asperger’s syndrome is believed to run in families. Hence it is hereditary. It can develop due to gene mutation or passing on defective genes from the parents to the offspring. In general, boys are more prone to get this syndrome than girls. And one child for every 250 children in the USA is found to have certain symptoms of this syndrome. The symptoms can be first identified during the ages of 2-4 years. 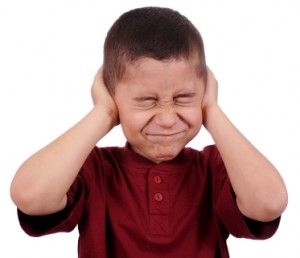 Your doctor will look for the above symptoms and conduct physical as well as neurological examination of the child. Many children with this disorder will have low muscle tone or poor coordination. No lab tests are available for measuring Asperger’s syndrome and hence your doctor will use various other tests for making right diagnoses. The child will be referred to specialist of childhood development disorders or psychologist or pediatric neurologist for studying the developmental pattern. At least some of the symptoms of your child should match with that given in the Diagnostic and Statistic Manual of mental disorders (DSM) formulated by American Psychiatric Association.

The professional psychologist will observe whether the child lacks eye contact, whether he has difficulty in making friends and possess unusual body gestures etc. More information will be collected from the parents before making the diagnoses. Sometimes children with this syndrome are misdiagnosed for ADHD and obsessive compulsive disorders which are psychological disorders since the symptoms are similar for both.

The core symptoms of Asperger’s syndrome cannot be cured. But it is possible for many children with this syndrome to grow into adjusted adults with specialization in particular fields of interest. Initially your child should be given training for learning social skills and to manage appropriate behavior in the society. They will be taught how to socialize in a given set-up. Basic communication skills will be taught in explicit ways so that the child can easily grasp what the therapist says. It will be stressed to use frequent eye contact and body language and the children will be made to learn about maintaining tone of voice and humor.

Cognitive behavior therapy is very effective method for solving many problems in behavior like angry outbursts, overly sensitive attitude, obsessions etc. The child will be taught how to handle a troublesome situation like a new place where lot of new people has assembled. Through repeated training the child will slowly learn to cope up with the situation like others.

Specific symptoms can be managed by medications and it is given only for certain children who exhibit this symptom. Irritable attitude can be treated by prescribing aripiprazole but the medicine has some side effects like weight gain. For managing hyperactivity in children, guanfacine is prescribed.

If the child has depression or anxiety or both then giving selective serotonin re-uptake inhibitors like Luvox is useful. For reducing repetitive thoughts and behavior Zyprexa or Revia is prescribed. All the above drugs should be given after due consultation with your doctor since most of them have adverse effects. The child can be given special education for some years till he is able to socialize freely like others.

Some parents give chelation drugs for treating the symptoms of autism and Asperger’s syndrome. But so far it has not been approved by the FDA. Hence you need to consult your doctor before giving such drugs. The children will be given dietary supplement that includes vitamin B 6, Vitamin C and Omega 3 fatty acids. Some others have added secretin in their diet which is a gastrointestinal hormone.

It will come as a shock to the parents when they first learn that their child is affected with Asperger’s syndrome. Hence it is difficult to manage these children until the parents equip themselves with necessary skills. In case you want to introduce any change in the schedule of your child, do it slowly and gradually. Try to learn more information about the disorder through internet and books. The symptoms will be different for every child and hence it is for the parents to learn what your child is trying to say. You can get in touch with professionals for understanding your child in better ways.

Do not hide from your relatives and friends. By making them aware of your child’s disorder they can help your child in various ways. Involve yourself with support groups to share your feelings. To conclude, many children with Asperger’s syndrome have completed their high grade with flying colors and are able to function well. But still as grownup they will have difficulty in socializing.