Children with autism will not see the world as a normal healthy child. For them, world is a place surrounded by events and people that does not make any sense but causes them large anxiety. It would be difficult for them to mingle with other people and take part in social life. Children with autism would have triad of impairments which means they have 3 main categories of difficulties in life namely social communication, social interaction and social imagination.

The signs and symptoms of autism can become evident even during infancy or early childhood. The baby would remain unresponsive when you call him by name. He would remain focused on same object for long time irrespective of his surroundings. The child would avoid direct eye contact with others and would not respond to facial expression or tone of voice. The child could not relate to what others are saying and expressing. Body language will be totally strange to such children and he fails to respond whatever cue you give.

His physical development would be normal and healthy but as he grows he would become indifferent to society. Children with autism would involve in some sort of repetitive movements and behavior. Such children will have poor interaction with other children. Some may speak a few words but have difficulty in understanding and interpreting things. They repeat exactly the same set of words you have just said without understanding. Some adults who grow up with autism will take literal understanding of the language and cannot understand the inner meaning.

Often children with autism may have intellectual disability and about 30% of them would develop epilepsy. People with autism would have hidden talents in some area and it is for the parents and society to explore it. There are many famous writers, artists and musicians who are autistic. Children with autism would always stick on to routine. The world is unpredictable and confusing for them and they are fixed for routine activities. It is very hard to change their routine and you should have enough patience and willpower to create changes in them.

Autistic people are either over-sensitive or under-sensitive. There would be some type of sensory sensitivity in one or more senses like touch, sound, smell, taste and sight. Many autistic children are found to have special interests in art, music or computers. They excel in such fields if given good encouragement.

Exact cause of autism is still not clear. There are many parents who have normal healthy child and an autistic child. It is believed to be caused by genetic and environmental factors. Some children with autism may show improvement of symptoms as they grow, but many grow up as adult with the same set of difficulties. They may need continued support and service lifelong.

Severity of the symptoms of autism varies from one child to other. Some have mild autism with good language skills and others may show intense symptoms. Some children may have other disabilities that can mask autism. Parents can pick up the clue of autism in their child even during infancy. The baby may not babble after completing his first birthday also. The baby may not response when others call him by name. He may show poor eye contact and be irresponsive to any kind of emotions.

Doctors will use standardized questionnaire to get more information about the child and his behavior. With the help of psychologist and neurologist one can find out if there are any other mental issues or physical problems with respect to his behavior. Sometimes doctors would refer you to a speech therapist who can detect any speech related issues for the child. 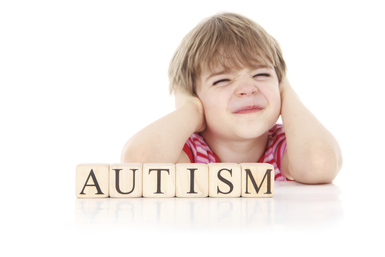 Autism cannot be cured since the root cause is not clear. Therapies can be given to improve the quality of life and to meet specific needs of the child. The more early you start the treatment, the more will be the recovery. Psychologist and therapist can together workout skill oriented training for the child to develop his language and social skills. It would be really challenging to bring up a child with autism. Parents and family counseling is given to cope with the challenges ahead.

Medications are prescribed to treat other physiological problems like depression, anxiety or OCD or ADHD behavior of the child. Seizures can be managed with anticonvulsant drugs. Hyperactivity and impulsive nature of the child can be controlled with effective medications.