Bipolar as the name indicates is a disorder exhibiting two extreme opposite orientation of behaviors namely maniac and depression. It is a type of mental illness in which the affected individual might show changes in mood. There are two phases in bipolar disorder. Manic phase is characterized by high energy, impulsive behavior restlessness, powerful and euphoric feeling. Depressive phase is marked by loss of energy, sadness and in many cases with suicidal thoughts.

It does not mean that all people with bipolar disorder will show any of the two phases. They might experience normal moods between the episodes of manic and depressive episodes. Both the phases of mood swings can last for several months and for some people it can occur frequently as dramatic mood changes. They might behave like normal people but suddenly get irritated and becomes aggressive. With psychological intervention and effective treatments most of the symptoms of bipolar disorder can be managed. However it may take long term and the person affected should follow the treatment plan regularly. 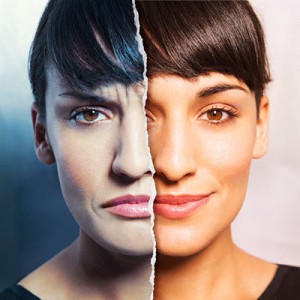 Bipolar disorder is characterized with mood swing and the affected person will exhibit dramatic mood changes. He may show manic and depressive phase of behavior frequently.

During this period, the person may show symptoms of anxiety, restlessness, irritability, excitement, racing thoughts, increased sex drive and energy for attaining unachievable goals. The affected individual may have inflated self esteem, aggressive behavior, agitation, poor judgment, increased physical activity, less need for sleep, racing thoughts, risky behavior, spending too much of money, unruly sex behavior and addiction to drugs/alcohol. He may not be able to concentrate on work easily due to frequent distraction and racing of thoughts. He may absent frequently to office or school.

This is exactly opposite to manic phase. The individual may become sad and feel hopeless for no reason. He may feel guilty and preoccupied with thoughts of shame and despair. Lack of appetite, decreased energy, fatigue, loss of interest in work, loss of weight, problems in concentrating and frequent absences from workplace are some of the general symptoms in this phase.

It is during this period, the patient may have increased suicidal thoughts and frequent thought about death. For some people, mood can change according to season also. In extreme cases, bipolar disorder can cause rapid mood shifts disrupting their normal life. In rare cases, the person may undergo severe transformation resulting in psychoses, a deep state of detachment from reality which can cause abnormal feelings, delusions and hallucinations. They might see or hear things that does not exist and would have strong belief about what they see or hear.

There is no clear cut reason for bipolar disorder and even expert cannot explain why some people are affected and others are not. Changes in brain chemicals, any abnormal physical changes in brain and imbalance in hormone is believed to trigger bipolar disorder. If you have family history of mental illness you are likely to develop bipolar.

Bipolar disorder in mild form may not show serious symptoms. But in severe cases, it can cause problems in relationships, addiction to alcohol and more of physical as well as financial problems. It may affect your career in school due to frequent absence and for adults it can spoil your reputation in office. Intense thoughts of suicide can drive one to commit suicide and there are many cases of bipolar disorder who have committed suicide. 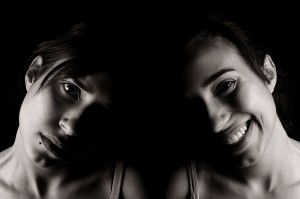 Based on your symptoms your doctor may do series of tests. He may order for lab tests including blood and urine analysis to check for any physical issues. Your doctor may refer to a psychiatrist who may do a thorough evaluation using questionnaire and self assessment tests. He may collect information about your symptoms and mood behavior from your family and close friends.

A person must show at least one major episode of manic or depressive behavior to be diagnosed for bipolar disorder. For some people symptoms can cause significant trouble in office and family. It is difficult to diagnose bipolar in children and adolescents since they show normal mood changes and behavior often.

Bipolar disorder often requires treatment for long-term, probably your life time. Medications, therapy and counseling are the available treatment. For people with severe elevated mood or severe suicidal thoughts your doctor may give in-patient treatment requiring hospitalization. Initially your doctor will give suitable doses of medications to control/manage symptoms, and you will have to maintain it regularly.

Mood stabilizing drugs like lithium is given to prevent highs and lows of bipolar disorder. Your doctor will monitor your kidney function and blood test since lithium can cause thyroid problem. Anticonvulsant medications like sodium valporate, divalproex and lamictal are prescribed for stabilizing moods. It can cause adverse effects like increase in weight, drowsiness and confusion.

Antipsychotic drugs like risperidone, aripiprazole or quetiapine are prescribed in suitable doses. To manage depressing mood, your doctor may prescribe tricyclic drugs or MAO inhibitors. Symbyax is an approved drug by FDA used for bipolar disorder. For managing anxiety and to get quality sleep, benzodiazepines like valium, Librium or lorazepam are given. Finding the right combination of medications can take some months for your psychiatrist. These drugs should not be used when you are planning for pregnancy and discuss with your doctor about it.

For some people medications are combined with cognitive behavior therapy to get rid of unhealthy beliefs and behaviors. Family therapy or group therapy is useful in building relationships. For extreme cases of severe depression, electroconvulsive therapy is given in which controlled electric current is sent directly to the brain to produce some expected changes.

Changes in Your Life :

If you are diagnosed with bipolar disorder ensue to take right medications from expert doctor. Do not get addicted to alcohol or substance. Get support from family and support groups. Do regular exercises and get enough sleep. Join yoga classes or meditation group to effectively manage your mood.

You cannot do anything to prevent bipolar disorder, since it is believed to be caused by certain chemical changes in your brain. Do not ignore warning signals to prevent symptoms from getting worse. Consult your doctor and inform your family also. Do not stop taking medicine unless your doctor says so.