Any injury caused to the bone need not be a fracture all the time. Bruise is a kind of injury that affects the muscular structure of the bone. Bruise, if not treated properly can lead to a fracture. Bone bruise is the intermediate stage of fracture. In a fracture the trabeculae of the bones remain broken whereas in a bruise the medullary region of the bone is injured. Skin injury or any kind of bruise on the skin can cause pain that is bearable. But bone bruise can cause excruciating pain.

The interconnected fibers would get broken interrupting the calcium deposits in the spaces. If more volumes of these fibers get collapsed it is a fracture. If lesser amount of fibers get damaged due to injury or fall it causes bruise on the bone. Bone bruise can be detected by imaging tests like CT/MRI scan. Treatment for bone bruise depends on the intensity of injury of the broken bone. Anti-inflammatory and painkiller medications and wearing splints are effective in treating the broken bone. Bone bruise is common with athletes.

There are 3 major kinds of bone bruise.

Periosteum is the layer of thin covering around the bone and if any kind of trauma or injury causes blood leakage below this layer of periosteum it is known as subperiosteal hematoma.

A forceful blow or fall can collapse the bone structure resulting in bleeding of bone marrow region. This type of bruise is known as interosseous bruise. Many athletes and amateur sports personalities would get this kind of bruise frequently.

When the accidental injury tears the part between the cartilages and the bone it is known as subcondrial bruise. Cartilages are normally attached to the bone and during injury it gets separated from the bone causing internal bleeding. 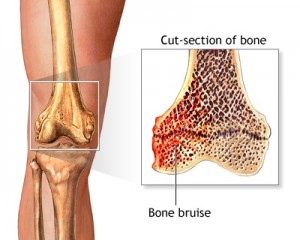 Intense pain and swelling are the common symptoms of bruised bone. Swelling on the injured area in the skin does not always be a bone injury. The injury can also be superficial and only an X-ray can reveal if there is damage to the bone. Intensity of pain caused by bone bruise varies with respect to the extent of fibers that has been damaged. For some there can be moderate pain and for others it can cause sharp pain. Bruised bone can cause pain lasting for many weeks.

The area that has been subjected to injury remains stiff. For instance if the knee bone is bruised the joint that surrounds the knee becomes stiff. If there is any accidental fall or sports injury causing swelling, stiffness and sharp pain it can be a bone bruise. You can discuss with your doctor if the pain does not subsides and swelling continues to remain even after few days.

Acute trauma and injury caused during sports are the main cause for bone bruise. Bruised bone is quite common in football and basketball players. Often the knee and the ankle are injured in such sports. These kinds of sports activities involve falling and getting into contact with force with other players, which can lead to bruise on the bone. Sprain can cause bone bruise many times. Twisting injuries are common in knees and ankles when people walk on uneven surface. Bones can collide with each other with force causing bone bruises. Sprain can take several weeks for complete healing. Accidental fall during biking or car driving can cause direct impact on the bone. This can cause bone bruise or fracture and sometimes internal bleeding within bones.

Bone bruise can occur in any part of the body. Common sites are knee and ankle and sprain often affects the ankle region. Heel bone, hip bone, ball of the foot, calf bone, elbow, shoulder blade, and collarbone and wrist bones can also develop bone bruise.

Bone bruise cannot be detected by physical examination. Your doctor will observe the symptoms and request for imaging tests like X-ray, CT/MRI scan to get accurate picture of the damage caused to the concerned bone.

Before visiting your doctor, you can apply ice cubes (wrapped in a towel) over the injured bone. This is effective in reducing the swelling and controlling the pain. After a fall or accidental injury bone or joint can get damaged and sometimes both of them can be affected. Your doctor will decide the course of treatment after seeing the reports of MRI scan. Any type of bone bruises, whether mild or moderate requires complete rest of the injured area. Moving the injured bone will make conditions worse and delay the healing process.

Anti-inflammatory medications like Ibuprofen, Advil, Diclofenac and other NSAIDS can be taken to manage pain. These drugs can cause mild disturbance in stomach hence you can take this after food. Splints or braces are recommended for bone bruise which gives additional support and restrict movement of injured bone. Bone bruise takes time for healing and it is not like soft tissue. Hence you have to avoid stressful activities and alter your daily routine until the bone heals completely. Always keep the injured bone in elevated position which will prevent further swelling.

Your doctor may advise to use crutches if there is leg injury. Using crutches for few months would facilitate easy healing of bone bruise. This also helps in shifting extra weight of your body thus relieving pressure of the injured bone. While wearing braces or using splint you should make sure it is not getting it wet while bathing. Follow the instructions of your doctor and take medications regularly.

Bone bruise takes longer time than you expect to heal completely. The time of healing depends on the intensity of injury and it takes anywhere from 2-6 months for bone bruise to heal. 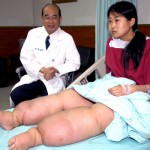 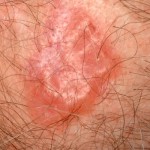 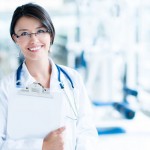 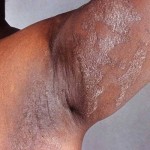