Brown spots are known as Melasma in medical terms. It appears as small patches on parts like nose, cheeks, face, forehead and upper lip. Women have more chance for getting brown spots during their menstrual cycle. Women who are in the reproductive cycle, belonging to age group of 20-50 years will have brown spots often. The main cause for getting these patches is exposure to sun, though sometimes it is triggered when using contraceptive pills. Statistics say that around 6 million women are said to have brown spots in the USA alone and around 47-50 million women around the world suffer from this dark spots.

Studies reveal that prolonged exposure to sunlight is sure to increase Melasma on your face. Again there are factors to prove that brown spots appear dark and visible during summer months and less in number during winter, when sunlight is not very intense. Increased estrogen production also cause brown spots and this happens commonly during pregnancy. It is described as “mask of pregnancy” when pregnant women have large number of brown spots.

Where Do Brown Spots Occur ?

Generally brown spots occur prominently on your face, due to hyper-pigmentation process. It may occur on the center of the face, on your cheeks and on the jawbone. Very often it is seen on the cheeks, upper lip, nose and forehead. It is very rare to see brown spots on other parts of your body.

Using over the counter medicines that contain hydroquinone will help in getting rid of brown spots. Prescription medicines like Glyquin, obagi clear and Triluma are effective in treating brown spots. Doctors suggest it is better to use creams that contain more than 2% of hydroquinone for treating melasma. You need to wash your face with cool water and apply the cream twice or thrice daily. Further you have to apply sunscreen lotion while going out in hot sun.

Though all types of melasma can be controlled, it is difficult to treat epidermal brown spots since it takes long time to respond to the treatment. For some women, the brown spots will disappear on its own after she discontinues using birth control pills or taking hormone replacement therapy. Prescription creams for treating brown spots should include Azelaic acid, retinoic acid, corticosteroids and glycolic acid to be effective. For women with severe brown spots, the concentration of hydroquinone should be higher than normal course. Some doctors also advice to use Lac-Hydrin that contains lactic acid 12% and citrix cream with glycolic acid 10-20%. However creams that contain hydroquinone should not be used for long due to possible side effect of Ochronosis.

Pictures of Brown Spots on Face :

Images, Pics, Pictures and Photos of Brown Spots on Face 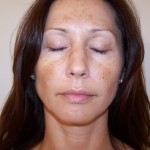 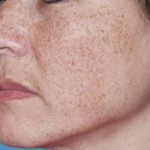 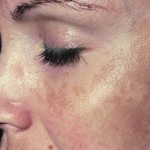 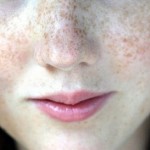 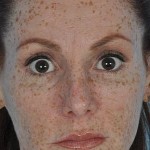 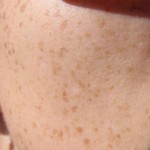 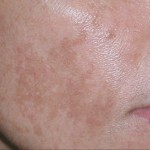 It is impossible to prevent brown spots occurrence, if you are genetically predisposed. But you can manage the number of brown spots, by using sunscreen lotion and staying away from direct sunlight.