It is quite normal for every woman to have vaginal discharge in between the menstrual cycle. Vaginal discharge is the mucus like fluid that comes out of your vagina. The color of the fluid can be white or light brown. This fluid is nothing but collection of mucus produced by the cervix and vaginal walls. It gets released through vagina whenever there is excess of fluid collection.

Having brown vaginal discharge on occasions indicates that you are healthy. Actually vagina produces this fluid to cleanse itself and keep the inner environment clean. Dead cells inside the vagina and unwanted bacteria are removed through vaginal discharge. This process helps in keeping your vagina clean and disease-free.

Women’s body having normal menstrual cycle will undergo plenty of changes inside with exchange of fluids and hormones. Estrogen and progesterone are two hormones involved in monthly cycle, vaginal discharge and even mood changes for women. There would be large difference in emotions before the onset of monthly periods and after it.

Vaginal discharge varies in color, quantity and texture for every woman. The chemical changes inside your body can produce large amounts of white discharge during the cycle and hot flashes. Having few light spots between your periods is not really a matter of concern. You need to worry only if you have excess of brown vaginal discharge or pain during discharge.

Read more on Vaginal Bleeding – After Sex, After Menopause, During Pregnancy 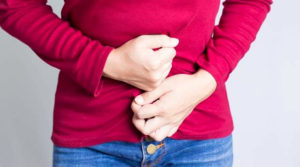 Your doctor can easily detect the cause of brown vaginal discharge. She would ask you series of questions and perform a pelvic exam. She may also order for testing procedure like blood and urine culture and ultrasound scan of pelvic region if required.

Often vaginal discharge requires no treatment since it happens only for few days. It is quite natural for you to get brown discharge from the vagina if you are pregnant recently or if you are in pre-menopause stage. Treatment depends on the exact cause of the problem. If the results confirm the presence of infection, you will be prescribed antibiotics. In case of uterine polyps your doctor will consider removing it by curettage or scarring of polyps. You can prevent getting brown vaginal discharge by practicing safe sex and avoid having multiple sex partners.