How does blood supply is managed in your brain?

The back portion of the brain gets blood supply from vertebral arteries. It joins the brain stem as a big basilar artery. The vertebrobasilar system divides into many branches to form set of posterior cerebellar artery and posterior meningeal artery which are responsible for supplying back portion of your brain. Any abnormality in these two major arteries can disrupt the major blood supply to the brain causing cerebrovascular diseases. Sometimes fat particles join together to form plaque like structure on these arteries thus blocking the normal blood flow. Without proper supply of blood and oxygen there may be death of brain cells which can occur within few minutes.

How a diagnosis is made?

The doctor would rely on various imaging tests like CT or MRI scan of the brain for identifying the disease. These tests would give the exact position of these arteries and blood vessels of the brain. Vertebral angiogram is done for monitoring the arteries of the brain wherein a catheter is inserted to your leg and passed inside until it reaches the artery of the neck portion. Carotid ultrasound is taken for detecting any plaque or blood clots in the carotid arteries that blocks the blood vessel. Depending on the case, your doctor may order for Doppler ultrasound, EEG (Electro encephalogram), lumbar puncture or MRI test.

Though there are many types of cerebrovascular diseases and four common types are discussed below:-

Stroke is a condition when the blood supply to the brain is stopped for few minutes causing death of brain cells. A blood clot in one of the major arteries can cause stroke which can cause serious damage and even death. The major symptoms of stroke can be easily remembered by the word “FAST”. Face, Arms, Speech and Time are the expanded form of the word “FAST”. The affected person’s face may turn to one side and his eyes or mouth would have drooped. Next his arms become very weak or even numb and he cannot move his arms like before. His speech would be seriously disturbed or stopped. Last word is the Time which denotes it is high time to seek emergency help. The damage caused by stroke is often irreversible but the person’s life can be saved if he gets prompt medical attention.

Though stroke occurs mostly in adults (elderly adults) it can occur in children also. The major risk factors are smoking, hypertension (high blood pressure), history of carotid artery disease and history of ischemic attack. People who have chronic diabetics and high cholesterol and those who are obese are at more risk of developing a stroke. A person who takes hormone replacement therapy has increased risk of getting ischemic stroke. Stroke is common in both sexes but men have more risk than women. People with parental history of having stroke are at greater risk than others. Similarly a person who had earlier got a stroke attack is at high risk of developing it later in his life.

Ischemic stroke is the common stroke which can be either thrombotic (caused by blood clot) or embolic (plaque formation in the artery arresting blood flow). The damage can be mild to severe depending on the intensity of blockage of the artery. Once the brain cells are deprived of blood supply and nutrients, it causes symptoms of stroke. But during that time, the blood supply is not fully cut off since small amount of blood trickles into the brain. However some parts of the brain are cut off completely with blood supply leading to death of brain cells. This is the core area that is largely affected by stroke. The area that surrounds this core area is known as ischemic penumbra which is not fully impaired and continues to function for 2-3 hours.

If the patient is given immediate treatment, the doctor would remove the obstruction (plaque or blood clot) thus restoring normal blood supply to the brain. Treatment is available in the form of tissue plasminogen activator which is effective in clearing the block. But only 3-5% of the people reach the hospital within hours for taking treatment. For others who arrive late to the hospital, intra-arterial thrombolysis or carotid endarterctomy is done.

Hemorrhagic stroke occurs due to hypertension or aneurysm or sometimes due to the intake of anticoagulant drugs. Here bleeding occurs directly inside the brain tissue forming blood clot. The cerebrospinal fluid fills the space inside the brain causing serious complications and even death. In this case, surgery is to be done for relieving the pressure inside the skull. The surgeon would seal off the defective blood vessel and restore blood supply through another blood vessel.

Treatment can be done by inserting a catheter into the thigh of the affected person and by inserting platinum coils through the catheter which would reach the blood vessel to prevent further stroke. In any type of stroke, immediate medical care is absolutely necessary.

This is another type of cerebrovascular disease wherein there is no permanent damage done to the brain. It can cause temporary blockage in the artery leading to stroke like symptoms which resolves quickly. The person may get suddenly confused, difficulty in seeing, talking and walking. He may also feel numbness in his arm or leg for few minutes.

Roughly 30% of people who had a major stroke will get TIA symptoms earlier but they will ignore these symptoms simply leading to major stroke within few weeks. Actually TIA is a warning signal of the stroke which indicates problem in the blood vessel of the brain. It is necessary to seek immediate medical help even if you get some of the symptoms of TIA to prevent further attacks of stroke.

In this problem, the blood discharged from the blood vessel of the artery, leaks into the surface of the brain. The bleeding occurs in a tiny membrane known as arachnoid found below the skull. This condition requires emergency medical attention to prevent further brain damage and even death. In many cases, subarachnoid haemorrhage causes aneurysm (bursting of blood vessel) in which the blood vessel either ruptures or bulges to become weak. Some of the causes of this condition are critical head injury and serious birth defect caused by arteriovenous malformation.

Vascular dementia is a condition caused by progressive death of brain cells. It does not occur suddenly and proceeds gradually. The normal blood supply to the brain gets blocked leading to part of cell damage in the brain. The brain cells become deprived of oxygen and nutrients eventually and die. Some of the symptoms of this disease are nausea, vomiting, seizures and high fever. 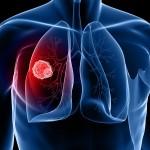 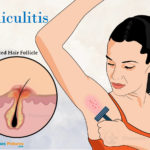 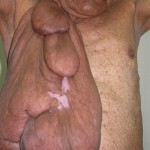 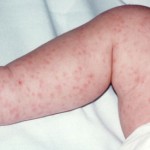