You are here: Home / Information / Changes In Menstrual Cycle After Delivery : Childbirth, Breastfeeding

During pregnancy, ovulation does not occur and hence there would be no menstruation. After delivery every woman should resume monthly periods under normal course. When she becomes pregnant, plenty of hormones play a vital role in changing her emotions. Similarly, many women are likely to develop postpartum depression after childbirth. This condition occurs due to sudden reduction of pregnancy hormones.

One cannot exactly predict the period for monthly periods after childbirth. Roughly it may take anywhere from 8 weeks to 25 weeks after delivery. Various factors influence the onset of ovulation in women after childbirth. If the mother is breastfeeding there is likely to get delayed periods.

Vaginal bleeding can occur shortly after delivery which may continue for 2-4 weeks. However it is not menstruation but the leftover blood clots present in the uterus while holding the baby. It can be the layer of endomentrium lining of the womb which gets mixed with mucus and blood. It is actually the shed off tissue of the uterus and has nothing to do with periods. Initially the color of vaginal discharge would be bright red which soon diminishes in color and becomes pale red.

When compared with bottle-feeding mothers, breastfeeding moms have later onset of menstrual cycle. The reason behind this is purely scientific. When a woman breastfeeds her child prolactin hormone plays a vital role in producing more amounts of milk required for the baby. When this hormone is released reproductive hormones like estrogen or progesterone are not secreted by the body.

The requirement for the baby is fulfilled first by the body’s mechanism. Again a new mom is not yet ready physically to have intercourse since her cervix and vagina would be very weak. It is very much necessary for every new mom to abstain from sex and follow the instructions of doctor and wait patiently until the cervix is completely healed.

It does not matter whether it is vaginal delivery or C-section delivery, it takes enough time for the inner organs to heal and slowly the uterus gets back to normalcy. And it is quite normal for a new mother to remain intact with the baby for most of the time. It is healthy for the baby also to remain bonded with the mother for extended periods.

Overall, 9 out of 10 mothers will not get monthly periods while she is breastfeeding. And for this reason breastfeeding process can be considered as an effective contraceptive, though it cannot be totally relied. One can continue to breastfeed the baby even after 6 months of childbirth or even supplementary foods are started for the growing baby. This gives immunity for the baby and keeps him healthy.

It might take 3-4 months minimum for women who breastfeeds and bottle feeds the baby for various reasons.

Women who give bottled milk for the baby are likely to get monthly periods early for the reasons explained above. Her body would not produce prolactin hormone but starts producing reproductive hormones preparing her body for ovulation. It may take 2-3 months of time for women to get ovulation and monthly cycle if they have totally abstained from breastfeeding.

There can be significant changes in the nature and intensity of vaginal bleeding after childbirth for many women. It takes couple of months for settling down to normal vaginal discharge. 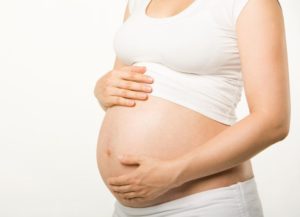 How Monthly Periods After Childbirth Are Different?

Some of the changes in menstrual cycle after childbirth are given below :-

Prolactin is secreted in the brain by the pituitary gland. As the name suggests, it is a lactogenic hormone responsible for milk secretion after childbirth. Prolactin also plays a vital role in the metabolism of immune system and pancreas besides responsible for producing milk. PRL stimulates mammary glands during pregnancy leading to the enlargement of breast size thus preparing the mother for feeding.

Another important role of prolactin is to reduce sex drive hormone estrogen. Estrogen (women) and testosterone (men) are primary sex hormones that stimulate the function of reproductive system. The level of prolactin secretion increases multifold during pregnancy but milk secretion is controlled by secretion of sex hormones in smaller amounts. Soon after childbirth, there is complete drop of sex hormones which results in milk production. Sucking of the nipples by the infant triggers increased milk production by the breasts.

Thus prolactin and estrogen have exact opposite effect. Increase in prolactin secretion can abruptly suppress the production of estrogen thus stopping the menstrual periods till the mother chooses to breastfeed the child.

When To Consult Your Doctor ?

You need to check with your health care provider if you experience :-