As the name suggests, chronic pancreatitis is a repeated inflammation of the pancreas that produces irreversible damage. The term “chronic” is given to indicate that the illness is continuous and not temporary. This problem may cause severe pain in the abdomen and may impair the functions of endocrine glands as well. This disorder is marked by the development of fibrotic gland with calcification.

Pancreas is a small organ behind the stomach which is responsible for digesting food. It also involves in the production of insulin (hormone) which controls blood sugar level. However during chronic inflammation, the pancreas may not function effectively and may not produce digestive enzymes as before. Hence your body will start accumulating fat and other particles and further it may give rise to diabetes since insulin is not secreted.

• Drinking alcohol for many years is one of the main reasons for chronic pancreatitis. Having problems repeatedly in pancreas may also cause this disorder. Some believe that it can be passed on through genes to the offspring.

• When the body’s defense mechanism is not functioning well it may lead to autoimmune disorder in which the body’s own antibodies will start destroying healthy cells. It can also be a reason for this disorder.

• If the pancreatic duct gets blocked due to some reason, then the tubes may not be able to drain the enzymes which eventually get stored in the pancreas causing inflammation.

• For some it can occur due to the formation of cystic fibrosis or due to the condition of hyperparathyroidism.

• It can develop due to the consecutive action of toxins which stimulate to release cytokines finally giving rise to fibrosis.

• Prolonged use of strong corticosteroid medicines can cause this disease.

Chronic pancreatitis occurs in the age 35-40 and often men are more affected than women.

There would be chronic pain in the upper abdomen that last for hours together. It may start as dull pain which would then progress to continuous chronic pain. Eating or drinking may increase the intensity of pain and for some people there may be severe pain in the back.

Some of the other signs include weight loss, passing of oily stools and pale colored stools. The symptom may get worse as the disorder progresses and it would resemble the symptoms of pancreatic cancer.

Your doctor may look for the above symptoms and would do fecal fat test or serum lipase test. He may also do a CT scan of abdomen and endoscopic ultrasound scan for identifying the intensity of the disease.

In severe case of chronic pancreatitis the affected person will have to be hospitalized for getting treated with IV fluids. The doctor would abruptly restrict the food activity by mouth to manage the pancreatic action. For some patients, he would perform nasogastric suctioning procedure in which the entire food particles of the stomach are suctioned out through the tube.

The person will be put on right diet for curing the inflammation of pancreas. He would be asked to take frequent small meals instead of taking hefty lunch. Drinking liquids and including calcium and vitamins in the diet is vital. Additionally the patient will be given oral pancreatic enzyme to facilitate digestion.

Further he should avoid smoking and drinking completely.

Surgery is performed for fistula or abscess or pancreatic pseudo-cyst. Radiologic evaluation process is done and the fluid accumulated inside pancreas is drained off.

For people with intense pain, suitable pain management techniques are administered. That apart, behavior modification stands part of the therapy during which counseling is done for stopping smoking and drinking.

For people with dilated duct, pancreatic duct drainage is done and for patients with acute pain and non-dilated ducts, pancreatectomy is done. 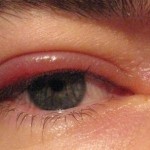 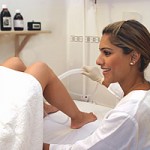 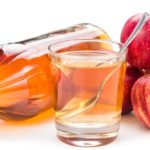 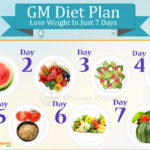