Club foot is the condition of foot deformity of the newborn child in which either or both the feet will be twisted or bent towards the toes inward. The word “club-foot” refers to the shape of head of golf club and that is how the shape of newborn child looks like. Clubfoot is invariably genetic defect inherited by birth. The foot is twisted from normal position to a sharp angle with respect to the ankle. This disorder is an isolated problem for the child and hence the child will be otherwise healthy in all aspects.

Club foot can develop in one leg or both the feet for the child. The problem occurs when the child reaches the developmental stage of walking. Hence it is very much essential for the parents to correct the club-foot when the baby begins to walk. Depending on the condition of inclination the club foot will be corrected by surgical method or by stretching therapy.

The affected foot will look twisted or bent inward making an angle with the ankle. The foot would be turned downward making an arch thus making it difficult for the child to walk. In some children, the foot will be very much twisted that it looks as though the foot is turned upside down. Due to this developmental abnormality, the calf muscles of the child will be poorly developed. There will be a strange abnormality between both the feet and the affected foot will look much shorter than the healthy foot.

Some Of The Marked Features Of Club Foot Are :-

Club foot is caused by genetic abnormality but the exact reason what causes this congenital defect is not known. During the development of the fetus there will be abnormal structuring and position of the foot thus making it twisted. On account of this, the bones will also develop abnormally in shape and position.

The child born to the parents who have history of club foot in their families have increased chance for getting club foot. This disorder is more prevalent in boys than girls. If the mother smokes when she is pregnant, it increases the risk for the baby developing a club foot by 20%. 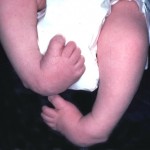 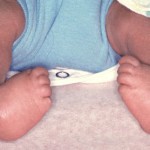 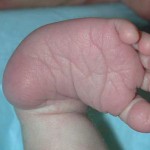 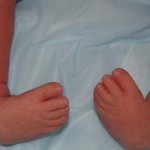 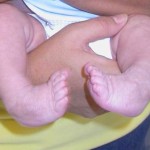 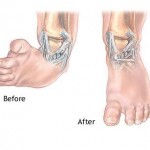 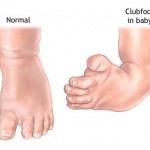 One should not delay in giving treatment to the child born with club foot and it is good to start the therapy before the baby learns to walk. The shape and position of the foot can easily be corrected since the joints and bones are highly flexible for the child.

In severe cases, corrective surgeries are done to extend the tendon muscles for aligning the feet in the right position. Early treatment is required for the baby for correcting the club-foot to lead normal lives later.