Compulsive liar is also called pathological liar in terms of psychology. It is not a disease but a psychological disorder. For people who are compulsive liar telling lies becomes their nature and way of life. For them lying feels right on every situation and telling the truth may be uncomfortable. Lying starts as a time pass and very shortly it becomes the habit. It becomes addictive for such people and they cannot stop telling lies unless counseling or therapy is given. Telling lies becomes part of their personality. And they will not have any sort of guilt feeling for telling lies constantly.

Compulsive liar may have other personality disorder but one cannot surely say so. In medical terms, this disorder is also known as mythomania. The person who tells lies will convince others easily making it difficult for the person to identify that he/she is telling a lie. A compulsive liar cannot restrain himself from telling lies even though he knew that it will hurt the feeling of others. It can be treated by counseling and therapy sessions but it is difficult to make them realize or accept that it is a type of mental illness. They often lie for no reason.

Causes/ Why They Lie?

Childhood abuse, trauma or injury in childhood, lack of guidance and failures in early part of life can cause compulsive lying. It can be due to neurological imbalance in the opinion of researchers. Though their verbal skills are more still these people may have impairment in the frontal lobe that controls speech.

Compulsive liar will be telling lies for everything and anything. Sometimes it can be realistic and many times others can detect they are telling unrealistic stories. Initially it is difficult to identify that the person is telling lies but very shortly his family members can diagnose that they cannot believe all the stories he says. Due to repeated lying tendency, it becomes difficult for them to maintain relationship with their family and friends.

A compulsive liar will be craving for attention. For maintaining their popularity and self esteem they often tell white lies. They will create stories (mostly unbelievable or irrational) for demonstrating their valor and deeds. Even when someone identifies that he is telling lies, he will cover up and deny it totally telling another story for claiming innocence. People with attention deficit hyperactivity disorder and bipolar disorder will have lying tendency by nature.

A psychiatrist can detect the compulsive lying disorder by talking to the person. There are assessment tests like polygraph tests, skin conductivity test, and pulse rate test to determine whether particular person has this problem or not. An expert psychologist can identify the illness by his body language and eye contacts.

The counselor should first identify the reason/cause for the problem. This can be achieved in multiple therapy sessions. Then he would make him realize that it is an addiction and he can come out of it easily. It is very difficult to convince them about their problem since they will not be ready to accept the fact. Treatments are not the same for everyone. Therapy or counseling depends on the mental health of the person and the extent to which he/she is lying.

In case the person has personality disorder (which can be diagnosed by proper tests) combined treatment of medications and behavior therapy is recommended. Exposure therapy, desensitization therapy are popular methods for removing any type of addiction behavior. Antipsychotic medications are prescribed for controlling the chemical reactions in their brain. In consolidated therapy sessions, the counselor will prevent the urge for telling lies compulsively and give practice for telling the truth.

It cannot be achieved overnight since it may take more sessions for a person to completely recover from telling lies. Again the success of the result is more if the person voluntarily comes to the doctor or counselor since he should be willing to overcome this problem. If someone is pushing him to the doctor he may tell lies about the doctor and also about the therapy sessions. Unless the affected person is willing and cooperating with the psychologist it is difficult to treat this problem. 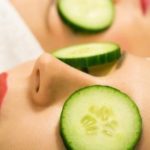 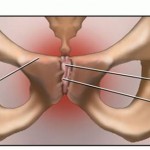