Constipation is the condition having difficulty in passing stools and people with constipation will pass only stools 3 times a week or even less. It is caused due to the slow stool movement through the colon caused by various factors like medications, low fiber diet, hormonal imbalance, and poor bowel habits. Constipation can be diagnosed by simple blood culture or barium enema test or several other techniques. Constipation can be treated using laxatives and by adding fiber rich diet.

Some people define constipation as passing of less stools or having difficulty in passing stools. For some people it means having a feeling of incomplete bowel movements even after passing bowels. Constipation occurs as part of irritable bowel syndrome and on extreme rare cases it can cause fecal impaction in which the stool becomes hard and will not allow any stool to pass through the rectum.

Bowel movements will decrease gradually with age. You are having normal bowel movements if you could pass 3-21 times of stools in a week’s time. Many people will have at least one bowel movement in a day. However for some people the bowel movement may differ in number every day. In medical terms, people who pass less than 3 stools in a week is said to have constipation. It is not true that your body will accumulate toxins if you don’t pass stool daily. Constipation can be acute or chronic with various symptoms.

Some of the symptoms of constipation are difficulty in bowel movements, infrequent bowel movements and pain while passing stools. For some people the abdomen will become swollen with pain. Many people will have a feeling of incomplete emptying of bowel even after trying for several minutes.

Constipation is caused due to the slow or reduced passage of digested food particles through colon. Various factors are responsible for causing constipation.

Several drugs can trigger constipation even without your knowledge. Narcotic drugs like Tylenol, Ascodeine or hydromorphone and antidepressant drugs like Amitriptyline or imipramine and medications given for treating convulsions like Tegretol or phenytoin and certain iron supplements and antacids that contain aluminum and drugs belonging to calcium channel block like diltiazem or nifedipine can cause constipation.

You need not have to stop these drugs to prevent constipation but it is enough if you increase dietary fiber in your daily meals. You can reduce the dosage of medications, if necessary. People who are taking narcotics daily can take anti-inflammatory drugs like Ibuprofen instead of narcotics.

Some people would suppress the urge of bowel movements which can lead to constipation. Hence you need to change this habit to overcome chronic constipation.

Fiber is very much essential for softening the stool. Hence you should avoid diets that are low in fiber content and increase plenty of fruits, vegetables and whole grains in your diet.

Certain diseases like diabetes, scleroderma, Chagas disease, and structural deformities in the colon can cause obstruction in the regular flow of stool. If the muscles and nerves of the colon have functional problems it can cause constipation since fecal particles cannot be propelled normally. Brain and spine related diseases like Parkinson’s disease and multiple sclerosis can also cause constipation. Any functional abnormality in the pelvic floor can be the reason for constipation.

For some cases, the doctor may order for blood culture (to rule out thyroid problems), imaging tests like abdominal X-ray (for checking structural anomaly) and barium enema test to find the functional capacity of rectum and colon. In rare cases, colonic transit test is done for monitoring the stool movements inside the colon. Defecography is done for patients with severe constipation issue. Most of the people with constipation will not have any serious illness and it can be simply treated by changing the diet pattern and by reducing the dosage of certain medications.

Include plenty of fiber contents in your diet. Increase the volume of fruits and vegetables you consume and you can also add fiber supplements. The particles of fiber will add more water content to the stool and makes it watery and soft. Most of the fresh vegetables and fruits, whole wheat grain, oat bran, Citrucel, Metamucil contains rich fiber. But by having a fiber rich diet you can get gas problem which can increase flatulence. Hence you need to choose the fibrous fruit or vegetables that do not cause flatulence. You should drink plenty of water once you start taking fiber rich food.

Laxatives (lubricant) include mineral oil or plain oil that helps in adding more of water content to the stool. This eventually makes it softer preventing you from constipation problem. But lubricant laxatives should be used only for short period and prolonged usage can cause vitamin deficiency.

Also called as stool softeners these laxatives contain docusate which improves water retaining ability of the stool. This makes the stool watery which can easily pass through the rectum. However you need to consult your doctor before taking any type of laxatives to avoid any complications.

These types of laxatives are used by some people to make the stool soft. Some of the common varieties of this type of laxatives are sorbitol, lactulose and polyethylene glycol. However it can cause flatulence in the abdomen.

This laxative contain ions like magnesium, phosphate and sulfate which helps the colon to retain more water content which helps in softening of stool. Many people with constipation use saline laxative like milk of magnesia which is highly efficient.

There are several types of enemas and all of them aim in stimulating the colon to expel the stool. Saline enemas, mineral oil enemas and phosphate enemas are some of the common types used.

These are similar to enemas and different types produce different set of action for softening the stool. Bowel movements are stimulated by using suppositories. Both the enemas and suppositories are to be inserted through the rectum to eliminate stool.

Tegaserod, Lubiprostone, Colchicine, Misoprostol and Orlistat are some of the drugs used for treating constipation.

Doing regular exercise can help one to have easy bowel movements. Surgery is the last option for treating constipation. Only for severe cases where using laxatives have no positive response surgery is done. During this process major portion of the colon is removed and the lower end of the small intestine is attached to the rectum directly. 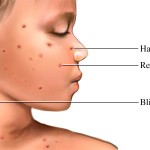 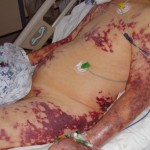