In contrary to popular belief, mucus or phlegm is not a nuisance, but it has an important purpose in our system. Mucus can be secreted in many parts of the body like throat, mouth, nose, lungs and sinuses. Mucus secreting tissues are present in the above regions which act as a protective cover preventing them from drying out. Whenever these areas are dry it would trigger thirst drive which compels you to drink water. Mucus acts as a protective layer for the underlying organs and traps dust particles and several microorganisms from entering the internal organs. You are sneezing for expelling the unwanted dust bodies from your throat or mouth along with mucus. Mucus contains vital antibodies that help in detecting foreign particles like bacteria and viruses by trapping them. Protein molecules present in the mucus is responsible for sticky nature.

Cough associated with mucus can be caused by various factors. Allergens play a crucial role in sticking on to the mucus generating repeated cough. Cough is considered as a symptom of underlying disease. Excess of mucus and nasal congestion can be caused due to bacterial/viral infection, ear infection, throat infection, asthma, sinus problems, allergic rhinitis, GERD and even due to certain medications. Chronic smoking can trigger cough with thick layered mucus.

How Important Is Mucus?

Mucus is an incredible thing of our body as explained by Emory University professor. He compares mucus with the oil of the engine and says without mucus the body stops to work normally. Your body makes about 1-1.5 liters of mucus/phlegm every day. About 75% of the mucus drains through your throat without your knowledge.

Any person starts noticing the mucus only if the consistency of it changes and when it becomes thicker than normal. Mucus gets thick due to many factors like common cold or allergy or sinusitis. Whenever some foreign particles like bacteria enters your body, the defense mechanism triggers more and more production of mucus and that is when you start realizing it. 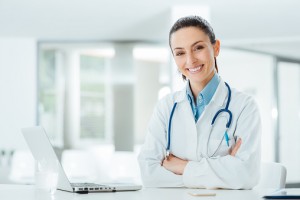 Your doctor can detect the reason for mucus by asking you some questions. No lab testing is needed. However if he suspects an infection blood sample would be taken for checking increased antibodies.

No special treatment is required for mild cold and phlegm. OTC antihistamines are effective in controlling the symptoms. You can even blow the nose to get relief from nasal congestion. Decongestant syrups can effectively help in getting rid of mucus by thinning the blood vessels thereby increasing blood flow. However do not use decongestants if the mucus is very thick since they often dry up the lining making the mucus thicker than normal. Decongestants can be used for runny nose. Both antihistamines and decongestants can cause side effects like drowsiness, dryness, headache and increase in blood pressure.

Guaifenesin or similar expectorants can be used generally for thinning the mucus if you have nasal congestion. You can consult your GP if you have cold with mucus drain for more than 3 days. In case of infection, he may prescribe you suitable antibiotics. Follow the instructions of your doctor in completing the course of medication.

This is one of the traditional methods for getting rid of cold and mucus. Nasal irrigation is the medical term used for Neti pot. This can be bulb syringe form or simply a squeeze bottle. You need to shoot mild saline water through one nostril which helps in loosening the mucus and is drained through the other nostril. Remember to use distilled water or sterile water for nasal irrigation. In simple terms, nasal irrigation is rinsing the nose properly but do not try it very often since it can increase the risk of getting infected when you lose more of good bacteria within.

This is certainly a good therapy for removing nasal congestion and flushing off the underlying mucus. All you have to do is to boil some water in a pot and when it is ready keep it in a comfortable table. Cover your head with a blanket after positioning your face close to the piping water. Now all the steam coming out of the pot will enter directly into your nose and lungs helping in clearing off the phlegm.

Whenever you have cough make sure to stay hydrated. By draining the mucus you are losing excess of fluids from the body which can cause dehydration. Make sure you drink plenty of water (preferably warm) that helps in maintaining fluid balance.

For some people unproductive cough is induced by ACE inhibitors given for reducing blood pressure. Drugs like Vasotec, Prinivil etc can cause irritating cough which gets worse at night interfering with your sleep.