It is a condition in which the skin, gums and fingernails turns blue due to shortage of oxygen in the blood. Any body part turning blue indicates lack of oxygen supply in blood. Cyanosis is considered to be a symptom of serious medical condition which needs immediate medical care. This condition, if accompanied by difficulty in breathing is definitely critical and life threatening.

A child or adult having blue coloration in finger nails, skin is indicative of cyanotic condition. In addition, he may have difficulty in breathing, chest pain, and shortness of breath and sometimes loss of consciousness.

It is believed that cyanosis is caused by lack of oxygen in the blood that circulates in your body. It can be due to abnormal hemoglobin level in oxygen or any other disorder. If cyanosis is due to cardiovascular disorder, then the person may have congenital heart problem, heart failure, blood clots and blood related disorders. In case it is due to respiratory cause, then the patient may have symptoms of asthma, bronchiolitis, COPD, pulmonary hypertension and viral illness called Croup. If it is due to problem in central nervous system, he may have cerebral anoxia or intracranial hemorrhage.

Sometimes, cyanosis is also caused by overdose of drugs, climbing high altitudes, exposure to extreme cold and erratic seizures. Again cyanosis is indicative of life threatening condition if the patient has choking, breathless feeling and history of cardiac problem.

A patient if left untreated with cyanosis symptoms may develop acute heart failure, respiratory problem, Sepsis and loss of limb.

Cyanosis is of two type namely central cyanosis and peripheral cyanosis. The former occurs in the central part and the latter on the extremities of the body. 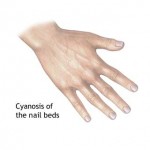 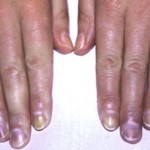 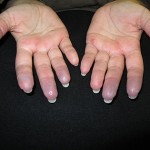 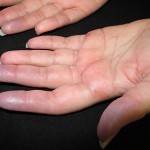 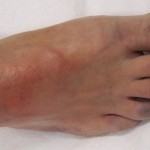 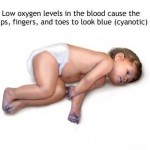 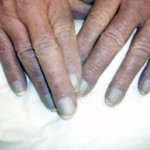 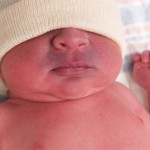 Treatment depends on the condition of the patient and the actual cause that is responsible for cyanosis. In case of infants, they need to be hospitalized to pump out extra fluids from the heart and to keep the blood vessels open. Children with cyanosis and heart problem should be given antibiotics before and after dental procedures.

If the condition of the patient is critical, then he may undergo surgery on his heart for fixing the defect. Further the child will have to be on diuretics to flush out extra fluids from the heart. Sometimes, the patient has to live with the pacemaker permanently after surgery. It is essential to monitor the growth of the child after surgery taking care and precautions for not getting bacterial infection.