Cystinosis is a rare metabolic disease affecting children. It is a genetic metabolic disorder causing excess of fluid (cystine) accumulation in vital organs including pancreas, liver, kidneys, muscles and even eyes. If not given early treatment, such children may develop kidney dysfunction at young ages. Under normal condition, amino acid and other fluids pass into the blood. But due to abnormality in metabolism, amino acid cystine gets collected in several body parts causing major complications.

Cystinosis is believed to be caused by wrong genetic mutation. Symptoms of cystinosis vary with the severity of fluid accumulation and the parts that are affected. Diagnosis can be made by urine culture and by measuring the cystine level secreted by the brain. Treatment involves only addressing the symptoms and nothing much can be done to control genetic mutation. Detecting the disease in early stage and prompt intervention can improve the symptoms. Kidneys and eyes are largely affected in people living with cystinosis.

Symptoms of cystinosis are not the same for every person. The intensity of disease and the parts that are affected varies from one person to the other. And signs of cystinosis differ according to the organ affected.

It starts at the stage of infancy and this kind of cystinosis is severe. Kidney function is largely affected in the babies and passing urine becomes difficult. Kidney transplant is the only solution left in such cases. The symptoms of nephropathic cystinosis can be detected before the child completes one year. Normal development is lacking in such infants and they are deficient in height and weight like normal children of that age. Infants would have problems in feeding leading to lack of nutrition and weight loss.

They develop fanconi syndrome leading to kidney dysfunction. Babies would not have normal appetite and indulge in frequent vomiting. Some of the symptoms of nephropathic cystinosis include poor appetite, difficulty in feeding, excess of thirst, frequent urination and dehydration. Kidneys will not be able to reabsorb essential nutrients needed for the growth of body. If treated promptly there may be improvements in symptoms. Medications are prescribed to reduce the cystine levels in blood and to boost the function of kidneys. If not treated, it may gradually lead to kidney failure and death. Rate of survival is poor in such infants.

In this type, cornea of the eyes is affected causing vision problem. Symptoms unrelated to renal (kidneys) appear in these children. The symptoms vary according to the intensity of disease and age of the child. Several organs like liver, pancreas, intestine, spleen, brain and eyes are affected. The child may develop photophobia (high sensitivity to light) due to excess of deposits of cystine in the cornea. Corneal erosions are common in such children.

For some children, cystinosis can cause hypothyroidism (reduced thyroid hormone) or insufficient thyroid causing many complications like fatigue, dryness of skin, severe constipation and depression. Eyes may run out of tears and such children do not salivate or sweat like others. If left untreated, non nephropathic cystinosis can cause delay in puberty. In males, it can gradually cause hypogonadism, reduced production of testosterone. Children with cystinosis may have poor intelligence and often have learning disabilities in addition to vision problem. They may have psychological problems and some of them may have different facial features or abnormality in morphology.

Cystinosis is a kind of lysosomal disorder. Lysosomes are essential part of cell that are actively involved in the process of digestion and removal of wastes. Lysosomes are enriched with special kinds of digestive enzymes that help in removing excess of food particles from the cell. Lysosomes are responsible for breaking down important nutrients like fats and carbohydrates and hence they are primary organ in the cell that carries digestive function.

When the lysosomes are not functioning normally, it leads to accumulation of cystine (leftover metabolic products) causing cystinosis. Cystine is present in the form of crystals in many types of cells gradually affecting many organs. Genetic mutation of CTNS gene can gradually cause cystinosis. CTNS genes are responsible for encoding cystinosin protein which is responsible for transporting cystine (a type of amino acid) from lysosomes. Due to lysosomal dysfunction cystine gets deposited in excess in various organs and tissues and forms crystals thus damaging several organs. 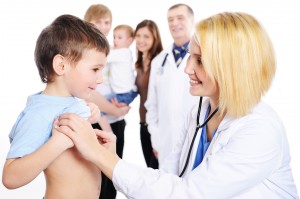 Cystinosis is a very rare disorder affecting one in 2 million people. Cystinosis is believed to the major cause of renal Fanconi syndrome causing renal failure in children.

Treatment is to be done based on the intensity of symptoms which differs in each child. Each child is to be treated on customized manner with teamwork of pediatricians, nephrologists and gastroenterologists. Kidney transplantation will be the last resort for treating cystinosis.

For more severe cases of kidney dysfunction and where other medications and therapy are not working, transplant is considered. Dialysis is done wherein supporting machine is attached to maintain the functions of kidney artificially. Transplantation is done for few cases depending on the progressive kidney dysfunction.