Tropical zones are prone to get attacked by dengue fever. The regions like Puerto Rico in the Caribbean and the Virgin Islands, Cuba of the America developed outbreak of dengue fever. However cases of outbreaks have been reported in Singapore, Thailand, India, Southeast Asian countries and the South Pacific regions also.

The mosquito of family Aedes aegypti carries the virus that causes dengue fever and transmits the virus when it bites the person. Even single bite received from carrier mosquito is enough to cause dengue fever. Unlike other infectious diseases, dengue does not spread from one person to the other directly. The mosquito will carry the virus from the bloodstream of the infected person and bite another person nearby thus passing the virus to him.

The person who is bitten by the infected mosquito will not get the symptoms immediately. There is a gap of 3-10 days from the date of mosquito bite to the onset of first sign which is called as incubation period. Initial symptoms of dengue fever include chills/fever, sudden headache and pain on moving the eyes. The joints of the entire body begin to experience sharp pain from time to time and the pain is felt more on the leg joints. Some people may have nausea, vomiting sensation with severe muscle pain and backache.

Within 2-3 days the fever will begin to rise sharply followed by low blood pressure. It can cause pink colored dark spots on the skin indicating skin rashes. In severe cases, it can cause bleeding of nose and gums indicating damage to the lymph nodes. For some people the liver becomes enlarged due to swelling and the disease progresses to cause poor blood circulation. In extreme cases, it can cause massive internal bleeding and death. Dengue hemorrhagic fever and dengue shock syndrome are mostly fatal.

It is difficult to diagnose dengue fever based on the above symptoms alone because these symptoms are common for flu and other viral infections. A person is said to have developed dengue fever if he/she has continuous fever, headache and severe muscle ache with eye pain. If you have travelled recently to dengue affected areas it is good to tell your doctor so that he can make easy diagnoses. Recently, FDA has approved a new test called DENV for detecting the virus of dengue fever. 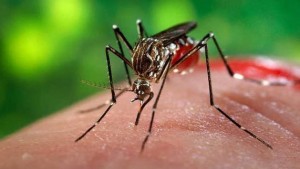 No medication is available for treating dengue fever. Drugs are given only for reducing the intensity of symptoms. The infected person should take complete rest and drink plenty of fluids to stay hydrated. NSAID and aspirin is given for reducing fever and other symptoms. Tylenol or acetaminophen can be effective for treating headache and joint pain.

This type of fever attacks the children below 10 years and people with weak immunity. Typical symptoms are severe abdominal pain, internal bleeding (hemorrhage) and collapse of circulatory system (shock). The person will develop continuous fever, headache, sore throat, nausea, vomiting and severe abdominal pain. The extremities will become cool and weak and there can be blue coloration in the mouth. Due to internal bleeding there can be several blood spots on the skin and bloody discharge from the nose and gums and on the stool.

Currently, no vaccine is available for preventing dengue fever. The only way to prevent this deadly disease is to avoid mosquito bites and not to travel to epidemic prone areas. Mosquitoes are to be eradicated to stop the dengue infection. Stagnant water should be emptied at once to prevent breeding of mosquitoes further.

Wearing long pants with full sleeves is helpful to escape from mosquito bite. You can always use DEET while visiting dengue prone regions. Mosquitoes are fully active during early mornings and before sunset. One has to restrict any outdoor events during this time if you are visiting dengue areas.

Regions Where Dengue Is Prevalent :

India, China, Southeast Asia, Taiwan, the Caribbean, the Pacific Islands, most of the Mexico region, African subcontinent and some parts of South America are the common areas that are prone to dengue fever. People living in Mexico-Texas border had an outbreak in 2009.