Ebola virus belongs to a group of deadly virus that causes internal bleeding and organ failure and in severe cases causing death. Ebola together with Marburg virus originate from African countries which can cause sporadic outbreaks from time to time. These viruses choose their host as animals and even humans and the viruses can spread rapidly through contaminated needles and bodily fluids.

Until now, no drug is available to destroy Ebola virus completely. The strain of Ebola virus found recently during the outbreak is the most lethal one when compared with earlier ones. It is termed as “Ebola Zaire” which can kill almost 9 out of 10 people infected, if advanced medical treatment is not given.

Ebola virus can cause symptoms from 5-10 days of getting the infection. Initially the person affected can develop fever, chills, severe headache and body pain and extreme fatigue. The infected patient can recover fully if he/she has good immunity and gets good medical care soon.

If no treatment is given, the symptoms can get worse causing skin rashes, nausea, and vomiting, severe diarrhea, tightness in the chest, stomach pain and sudden weight loss. In advanced cases it can cause internal bleeding very severely causing profuse bleeding from eyes, nose and ears leading to death. 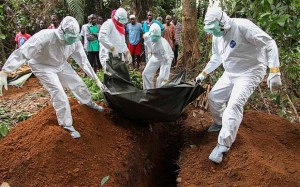 Initially Ebola virus was found in African animals like monkeys and chimpanzees. The mode of transmission of virus can occur in two ways.

Until the infected person shows any symptom, he/she will not transmit the infection. People become contagious once they start developing symptoms. Doctors and other medical personnel can get infected while dealing with infected patients, if they do not wear protective gears and masks. Ebola virus infection can rapidly spread to others through contaminated needles when the same needle was used for other patients after treating the infected person.

Ebola virus will not spread directly through air or water or food as imagined by many people. An individual can get transmitted with virus through direct skin contact of infected animals or by eating undercooked meat of infected animals or by handling such animals without using any protective gears. Even after full recovery, Ebola virus can be found in semen for some months. Hence you need to follow the instructions of your doctor in having sex until you are recommended safe for sex.

Where It Has Occurred ?

If you have a strong immunity the chances of getting infection from Ebola virus is low. People who often travel to Africa, particularly in the regions of outbreak, people who work on research departments of animals infected with virus, people who care very much for their sick family members who have viral infection of Ebola and people who deal with the dead remains of infected people and animals have increased risk of getting Ebola virus infection.

Often, Ebola virus can be fatal if there is delay in getting treatment. It can cause internal bleeding, organ failure, delirium and hallucinations, seizures and in severe case it can cause coma. There are some people who recover fully after Ebola virus disease but it might take several months to get back to previous vigor. 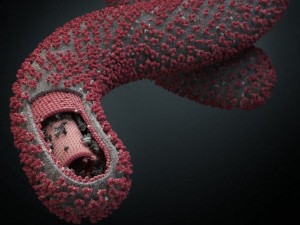 It is difficult to detect Ebola virus disease since the symptoms are similar to many other infectious diseases. Your doctor would ask you questions about your visit to Ebola infected areas before proceeding with testing. He may order for complete blood profile to check for ELIZA and polymerase chain reaction test.

Only the symptoms can be treated in this disease since no antiviral drugs are available for Ebola infection. Supportive care will be given by replacing lost fluids, maintaining blood pressure and providing supplemental oxygen in case of difficulty in breathing. Depending on the condition of the patient the doctor may hospitalize him for few days to treat the other complications.

The rate of recovery is high if the infection is detected in early stages. There are people who have developed irreparable damage like hair loss, changes in vision and joint pain after recovering from this virus. People who are once infected will develop antibodies against Ebola virus and he/she will not get infected again for many years.