The skin rash is marked by dark colored pink rings on the upper portion of the body and on the inner side of the limbs. It would either come and go for short while or stay for several months. When a person gets rheumatic fever the skin develops reddish patches that are disk shaped. These pink rings have elevated margins. The symptoms of rheumatic fever are not the same for all individuals. Usually it starts with strep throat infection along with mild fever.

For some people the joints become very rigid and painful and intense pain is felt on the knees and elbow region. The joint pain would also be seen migrating from one place to another. The affected joint become swollen and red and hence causes sharp pain. For some there may be inflammation on the heart and central nervous system. Extreme tiredness, chest pain, shortness of breath and palpitations occur in many people along with erythema marginatum.

The skin area becomes covered with painless nodules or raised edges which can be visibly seen on the body. In rare cases it can cause jerky movements on the hands and feet wherein the limbs move involuntarily. Series of circular patches is seen on the skin on the torso region and on the extremities. These rashes do not cause itching sensation unlike other skin rash. The rash would initially appear as a patch and further grows outward in circular fashion. Medium to large sized bumps with slightly protruding margins are observed on the skin. The rash turns reddish when the body is exposed to sunlight or even after a shower. You should immediately visit your doctor if your child has sore throat with rash like symptoms. Often erythema marginatum affects only children and not adults.

Very often erythema marginatum occurs when the person is suffering from acute rheumatic fever. It may occur due to deficiency of C1 esterase inhibitor. Group A streptococcus is the main reason for causing strep throat which would then become complicated causing rheumatic fever. The bacteria would enter the blood stream thus affecting the immune system. This disease occurs as a result of autoimmune response.

The bacterium would contain molecules of protein that is very much like that found in our body tissues. Hence the immune system would by mistake destroys the healthy tissues of the body present in heart, joints and skin causing pink rashes. It would also affect the central nervous system causing intense joint pain. There is less chance for developing rheumatic fever if the person takes prescribed medication once he gets strep throat. The more the delay in taking right medicines the more is the chance of getting rheumatic fever. In acute cases, it would cause inflammation of heart muscles (carditis) causing serious complications.

A child or adult with predisposed gene for rheumatic fever is likely to get affected with erythema marginatum. Exposure to chemicals, poor sanitation facilities and other harmful environmental factors can cause increased chance of getting infected by strep bacteria.

Skin rash and inflammation that has developed due to rheumatic fever may last for weeks or even months together. In some cases it can affect the soft membranes of the heart valves thus decreasing the blood flow, or valve leakage.

Your doctor would physically examine the body to detect the presence of circular patches like skin rash. He would check for other symptoms like joint inflammation, abnormal heart rhythm or murmur. Strep infection caused by bacteria, can be diagnosed by blood test. He may order for ECG or echo in case if there is any complications in the heart. Throat swab test, rapid antigen test and skin biopsy can be done.

The ultimate aim of treating erythema marginatum is to destroy the bacteria completely so that the person may not get recurring fever. The doctor would start with oral antibiotics like penicillin or other strong doses to kill strep bacteria in your body. Do not stop the medication without consulting your doctor since there is every chance for the fever to recur.

Even after the fever subsides, your doctor would give another course of antibiotics to prevent the occurrence of rheumatic fever again. Medications like aspirin, anaprox are given for treating inflammation and pain. To control any involuntary movement of hands and limbs your doctor may prescribe anticonvulsant drugs like valporic acid or carbamazepine. For controlling skin rash, topical creams that contain antibiotics and moisturizers are recommended. In case of erythema marginatum the source of the disease has to be addressed and not just the symptoms alone.

In case of severe heart damage, heart surgery is done for replacing the damaged valves. You need to make follow up visits to your doctor to prevent heart damage caused due to strep infection. Any person affected with this disease should be in bed rest for minimum one week or until the symptoms like inflammation and rash disappear. You should not delay in approaching your doctor if you have strep throat, cold and pink rashes. The more delay you make the more will be chance of getting rheumatic fever. 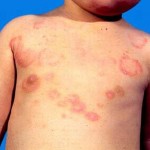 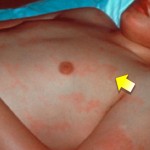 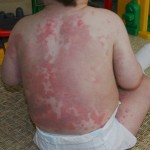 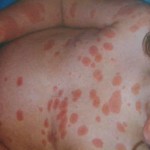 You can prevent erythema marginatum and associated rheumatic fever by taking timely treatment for strep throat. Children should be given immediate medical care for sore throat and fever.