Essential tremor is a disorder that causes uncontrollable tremors or “shaking” in the body and often it affects people who are above 40 years. It is believed to be caused by abnormal electrical activity in the brain and it produces rhythmic shaking of fingers or any part of your body. Trembling of hands can cause difficulty in tying the shoelaces or drinking a glass of water etc for the affected person. It may affect your hands, legs, head and voice box and other parts also. If left untreated, essential tremor may get worse making daily routine miserable for affected people. Medications and therapy are available for managing the symptoms of essential tremor.

Signs of this neurological disorder differ on the part of the body that has been affected. Often the nerves of hands or arms are affected and for some people head can also get affected. The symptoms of essential tremor will not appear suddenly but is a slow process. Shaking of fingers may get worse gradually and when the person tries to use his fingers tremor may increase. Shaking or trembling of fingers occurs in one hand initially and slowly it progresses to both the hands.

Some people may have tremor in their head which may cause uncontrollable movement of their head either vertically or horizontally. Any type of tremor may worsen due to fatigue or emotional stress. Increased alcohol intake and extreme heat or cold climate may increase the symptoms.

A person with either of parents (having essential tremor) have 50% chance of developing this disorder. Often defective gene mutation is passed on to the children by the parents. People who are more than 40 years and having nervous problem are prone to develop ET.

Tremor can get worsen over time and make life difficult for the affected person. The person may not be able to eat normally and hold a glass of water for a while. He may have difficulty in shaving or applying makeup. Some people may develop voice problems and may face writing difficulty which can create problem at workplace.

Your doctor will complete the physical examination and may order for complete neurological testing to check the muscle tone and strength. He may refer your case to a neurologist who may do certain tests to study tendon reflexes. Blood and urine test will be done to rule out any other abnormalities like thyroid problem and imbalance of ions. Finally he may ask you to perform certain simple tasks like drink a glass of water, write on a paper and draw some figures etc.

Not all the people with this disorder need treatment. No vigorous treatment is required for people with mild symptoms. For severe cases and people who have difficulty in carrying out routine activities, medications are prescribed. Beta blockers like atenolol, nadolol or sotalol that are prescribed for managing blood pressure are effective in controlling essential tremors.

Drugs like primidone or topamax or neurontin that are given for treating seizures are useful in managing the symptoms of tremor. It may cause adverse effect initially which you can discuss with your doctor. Tranquilizing agents like alprazolam or clonazepam are prescribed for severe cases. Mild to moderate symptoms of tremors can be controlled by taking a shot of Botox injection. You can repeat the injection after 4 months depending on the symptoms. Voice tremors can also be managed using Botox injection.

Physiotherapy is very effective in improving the symptoms of essential tremor. Your therapist will teach you about the effective usage of your hands with apt physical movements that can improve the muscle coordination in long term. You can make certain lifestyle changes like using heavier glasses and using heavy writing tools for controlling the symptoms of shaking.

Surgery is the last choice for patients who are not responding with medications and have severe disabling problem due to ET. Deep brain stimulation is done by inserting electrodes into the thalamus portion of the brain which would emit electrical pulses that blocks the signals causing essential tremor. But your doctor will decide whether you are right candidate for surgery.

Essential tremor cannot be fully cured but most of the symptoms can be managed for achieving quality life. You cannot prevent ET since the cause of tremor is not known. Follow the instructions of your doctor in taking medications and therapy and avoid alcohol and coffee/tea since it may worsen the symptoms. Practice relaxation exercises to reduce stress. 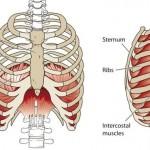 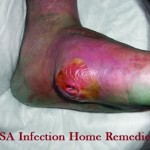 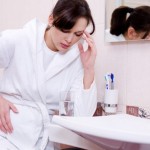 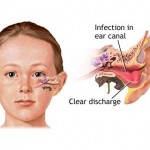