You are here: Home / Information / Excess Iron in Blood

Haemochromatosis is the term given for excess of iron in the blood. Iron is a vital nutrient for having good health and for making red blood cells to transport oxygen. But iron can be a problem, if it is overload. Your body will have difficulty in disposing off extra iron content thus causing damage to tissues.

Excess of iron in blood is caused due to increased absorption of iron taken from intestine. This process is called primary iron overload. Heredity is one of the common factors for haemochromatosis.

Sometimes, if large number of red blood cells is destroyed due to some reason, they would in turn release high iron content to the bloodstream, thus creating haemochromatosis. This is called as secondary iron overload.

People who suffer from blood related disorders like thalassaemia and anemia may also suffer from excess of iron.

During the formation of zygote, mutation occurs and a gene by name HFE is responsible for allowing excess iron absorption. The presence of C282Y chromosome in the child may cause haemochromatosis.

Caucasian population and black population are more affected by excess of iron than other races. Men have more chance of getting haemochromatosis than women, since women lose iron during monthly menstrual cycle.
Normally it takes number of years for the excess iron to get absorbed in blood. But children can get this disorder rapidly which may lead to storage of iron in heart and liver, causing life threatening condition.

Symptoms are rare but more number of people is getting haemochromatosis from hereditary factor. If at all symptoms are present, they are very mild and get unnoticed. There may be delay in menstruation or loss of menstruation in women, and in men it may reflect as initial sexual problem or impotence. Some people report of having joint pain along with fatigue.

As more and more quantity of iron gets build-up in the blood, it may lead to scarring of liver called cirrhosis. There may be intense pain in abdomen, enlargement of spleen, swelling of ankles and jaundice. Your heart may get affected due to large iron deposits causing abnormal heart beat and shortness of breath.

Incidentally, most of the patients with excess of iron will develop diabetes (high blood sugar) since iron damages the pancreas reducing the production of insulin.

Pictures of Excess Iron in Blood : 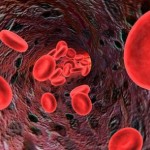 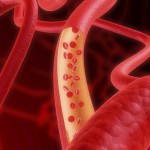 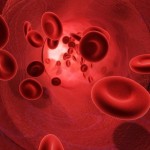 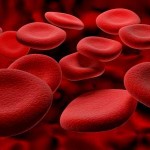 Your doctor will take one unit of blood to dilute the blood and iron content and this process of donating blood should be done every week. Treatment and donation should be continued till your body reaches normal level of iron. It can take months together for some people. Heart function and liver problem may improve once you start donating blood. Your doctor may prescribe Deferoxamine which eliminates excess of iron in urine.