This is also called Parkinsonian gait and persons with this problem will have difficulty in start and stop any movement. Their muscles are hypertonic which is due to the deficiency of dopamine which controls the motor reactions. It is commonly seen in individuals with Parkinson’s disease.

The only known cause for Festinating gait is Parkinson’s disease.

People with festinating gait are characterized by abnormal walking pattern and stiffness in walk. They will exhibit an uncontrolled quickness in walking and similarly they will have problem in restraining from walking.

The heel would strike the ground first rather than the toes and hence normal gait person will exhibit heel to toe walking. However in Parkinsonian gait, the entire foot is placed on the ground (flat foot) and in advanced stage of disease, they would walk like toe to heel pattern. Again in the patients with normal gait, they will show two peaks with the ground reaction force (GRF) whereas with Parkinson’s disease, they will show only one peak in vertical signal.

The patients who are affected with festinating gait will complain that the feet are glued to the ground for few moments before they could restart it. The symptoms are quite obvious when they begin to walk or stopped walking and while turning direction. 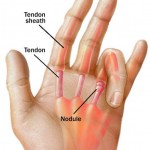 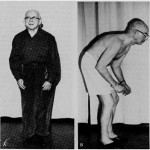 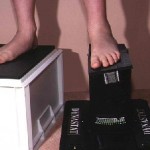 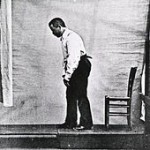 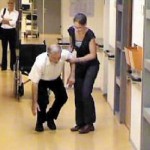 Very often, L-dopa is administered for this patient. It would pass into the blood stream and re-activates the signals from neurotransmitter dopamine induced by the enzyme L amino acid decarboxylase. By this method, the deficiency of dopamine is replaced in patients with Parkinson’s disease. Dopa sensitive drugs are given to set right the falls and freezing of gait phenomenon and will also correct the postural sway exhibited by these patients.

Further such people will be asked to take precaution and do rehearsing for each step of waking. The gait walking can be fixed through proper attention strategies along with physiotherapy. They would be taught how to improve gait walking by conducting special training programs.