Fordyce spots are small bumps measuring from 1-3 mm in diameter that develops on the skin surface. They are also called Fordyce granules caused due to the prominence of sebaceous gland. Normally the bumps or spots are harmless but it may become a concern for cosmetic purpose. No treatment is required for clearing these spots. It would bother men if they observe Fordyce spots on penis. Many times, it is confused with sexually transmitted disease and cancer. It is very common for men to have such spots in their genitals and this does not imply any serious health issue.

Tiny spots are seen anywhere on the surface of the skin. The lesions do not cause any pain and generally do not produce any symptoms. For some people, mild irritation can occur. Though it can develop on person of any age group, still the number of spots is large in aged people. The size of the Fordyce spots may be small or large seen on the wet tissues and on the mucosal surfaces.

Sebum is the oily fluid secreted by the sebaceous gland. When this oil gets blocked in the gland which does not contain any hair, it slowly converts into lesions or bumps. Normally the sebum is sent into the hair follicle or hair shafts. When no hair is present, it causes bumps called Fordyce spots.

Unlike pimples, which may develop pus after bacterial infection, this spot is harmless and does not belong to the type of skin infection. Bacteria invade on the spots and causes inflammation and irritation. These spots are not contagious in nature but generally occur in more number on adults and old age people.

Fordyce spots do not require any treatment, since it will fade on its own. But people prefer to take treatment because of the area in which it occurs is prominent. Some doctors perform laser therapy using CO2 laser for desiccating the spots and reducing their size. Many doctors are against providing any treatment for Fordyce spots. Dye laser is also used for treating prominence of sebaceous gland and it does not leave any scar.

However this spot formation can be a concern for cosmetic reason for many women. You can try some products like Tretinoin gel available over the counter for reducing the size of the spots. You can also try using hydoxyacid gel for treating Fordyce spots.

Some people treat this type of lesions with laser therapy for reducing sebaceous prominence. Cryotherapy is also performed for curing these spots in which liquid nitrogen is applied over affected area for freezing the bumps.

The nature of therapy depends on the area in which Fordyce spots had occurred. In case the spots appear on the lips, then using chemical peel treatment is not advised. 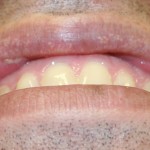 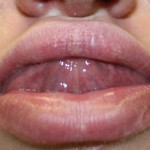 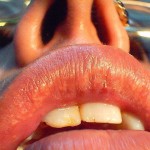 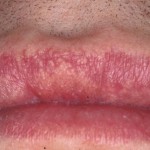 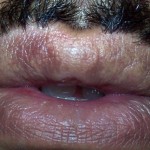 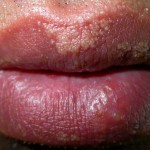 You can include more garlic foods in your diet since it is an excellent antioxidant for healing wounds and infection. You need to keep the organs clean and dry and moist-free for preventing any infection. Include foods rich in Vitamins so that even if Fordyce spots occur, it will heal rapidly.