Frontal lobe is responsible for planning, reasoning and motor functions. It aids in memory and concentration, judgmental skills and impulse control. Any impairment in the functions of frontal lobe can lead to serious neurological complications.

Frontal lobe disorder or dysfunction is caused due to variety of diseases and trauma or head injury. Frontal lobe plays a vital role in several brain functions including speech and behavior.

Several factors like age, average intelligence of the person, the exact site in which injury has occurred determines the intensity of illness and causes of frontal lobe disorder. Cerebro-vascular disorder, mental retardation, brain tumor, neurodegenerative disease and hydrocephalus are some of the major problems that affect frontal lobe functions.

Head injury resulting from accidental fall can cause severe damage to frontal cortex and other parts of the brain.

Cerebrovascular disease is one of the major causes for frontal lobe syndrome. During this disorder, infarctions develop on the basal forebrain to form lesions on the frontal lobe causing weakness. When tumor is formed in the frontal lobe, it can cause memory impairment, headache, vision problem and loss of inhibitions. Tumors such as meningiomas can seriously affect the frontal lobe. Traumatic lesions may also cause injury on the frontal lobe thus impairing its normal functions.

Hydrocephalus is a condition in which there will be excess of intracranial pressure due to stretching of pathways of frontal lobes. In addition, Tourette syndrome is another disorder that affects the frontal lobe to cause obsessive compulsive disorder (OCD).

Finally any infection on the basal ganglia and hippocampus could affect the frontal lobe causing impairment of functions, by forming abscesses.

Persons who are affected with frontal lobe functions may show poor attention and loss of memory. They very often tend to forget things. Though the thinking capacity of the affected person may be sound, still they may show stereotyped response. They are poor in judgmental skills and constantly switchover from one line of thinking to another.

Generally the activity level of such persons will be reduced and they lack sense of drive and spontaneous action. Many times, they become restless and aimless showing unrelated behavior. They may be indifferent to the things happening around them in the way of giving the same response.

When the medial frontal lobe is affected, it can cause mutism and akinesia.

The physician may check for series of test like fluency in words, Wisconsin card sorting test, copying tasks, hand motor coordination tests, rhythm tapping tests, and abstract thinking test to determine the extent of function of the frontal lobes. 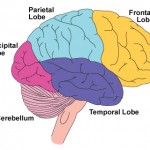 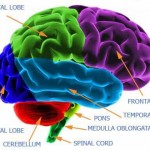 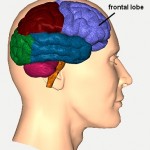 No treatment is available to cure frontal lobe disorder. Medicines can help to manage some of the symptoms of the disorders like dementia and Alzheimer syndrome. The affected person will show mixture of syndromes and thus it becomes difficult to treat each one of them.