GERD short form of Gastroesophageal Reflex disease is a disorder that affects the digestive system in which the acid produced from the stomach flows back into the esophagus or food pipe region. The back pressure of stomach acid will constantly irritate the soft mucus lining of the esophagus causing inflammation and heartburn. When this happens frequently affecting the quality of your life the symptoms of heartburn and acid reflex together called as GERD.

In many cases heartburn can be managed by resorting to over the counter medications but GERD can be cured by strong medications and even surgery in some cases. In short gastroesophageal reflux disease is the passing of stomach’s acid back into the esophageal region.

Some of the signs of GERD (Acid Reflux)are given below :-

GERD and heartburn is quite common in many people around the world and is influenced by taking fast foods and irregular fatty diet. According to the data available over 60 million adults in the USA will have heartburn symptoms once in a month and about 15 million people are having heartburn daily. Nowadays it has become common for children and even infants to have GERD symptoms.

The major cause for GERD is the acid reflux i.e. stomach acid is sent into the esophageal track causing heartburn and bitter taste in the mouth. Whenever you eat something, the sphincter muscles found on the lower part of esophagus will relax fully to allow the food inside to the stomach. After you swallow it will automatically contract again to close.

In due course this muscle will become weak allowing the stomach acid to flow back into the throat region and oral cavity. Back-pressure caused by the accumulation of acids or bile from the stomach will force the sphincter muscles to open sending liquids into the esophageal cavity. This will eventually affect the soft inner lining of the esophagus causing inflammation.

Gastroesophageal reflux disease can affect anyone. But people who are obese, or have disorders like scleroderma, or have infectious diseases like asthma or hiatal hernia or having chronic diseases like diabetes are more prone to develop GERD symptoms than others. The habit of smoking can also increase the risk of GERD. Those having gastrointestinal problems and those with colon/rectum infection would retain fecal particles for long duration in the stomach. Such people may develop GERD symptoms gradually.

Having GERD symptoms frequently can affect the inner mucus lining of the esophagus causing more complications. It can damage the cells present in the lower esophageal area since they are affected by frequent exposure of stomach acid. It would cause scarring of tissues of esophagus leading to difficulty in swallowing.

In severe cases strong strength of the acid can weaken the cells causing open sore or ulcer in the esophagus which may in turn bleed with pain. Over time, GERD can become chronic problem for some people making the esophageal area viable to cancer. Barrett’s esophagus is the condition of color change and damaged tissues present in the esophagus. Such persons have increased risk of developing esophageal cancer.

Your doctor will listen to your symptoms like difficulty in swallowing and frequent heartburn. He may order for imaging tests like X-ray of the digestive tract using barium method. Endoscopy is another method for examining the internal parts of the esophagus in which your doctor will send a tiny tube through your throat fitted with a camera.

For mild symptoms of heartburn you can take over the counter medications for getting relief from pain and inflammation. Antacids like Mylanta, Gelusil, Maalax and Rolaids are highly beneficial in managing acid reflux. Your doctor may prescribe H2 receptor blocking agents like Tagamet HB, Pepcid AC or Zantac 25 or 75 for restricting the amount of acids produced in your stomach. Proton pump inhibitors like lansoprazole or omeprazole are effective drugs in controlling acid secretion.

For mild to moderate symptoms you can take these medications for few weeks. If the symptoms are not settled after 2-3 weeks you can seek medical advice. Some of the popular prescription medications of H2 receptor blockers include cimetidine, famotidine and nizatidine.

Proton pump inhibitors like Esomeprazole, Omeprazole and Rabeprazole are also given frequently for controlling acid reflux caused by GERD. These drugs if taken for long time can decrease the strength of blood thinning drugs. Hence you can tell your doctor if you have any problems in the strength of blood. Prokinetic agents are prescribed for strengthening the sphincter muscles of esophagus. For some people one or two medications given above are given in combination to have the desired effect.

Surgery is done only if the person does not respond to any of the medications given above and have great difficulty in routine activities due to acid reflux. Invasive procedure like Nissen fundoplication or Stretta procedure is done. The lower sphincter muscles of the esophagus are tightened thereby preventing the acid flow from the stomach to the esophageal region. Laparoscopic procedure is done for majority of cases in which the surgeon makes incision on the abdomen to insert tubing fitted with camera.

In another procedure a special device called esohyx is sent through the mouth till the stomach for creating a barrier between the stomach and esophagus. Through this device the surgeon will gently fold up the tissue found on the base of the stomach to prevent stomach acid from regurgitating. In the Stretta procedure, electrodes are used for heating up the esophageal tissue. The heat generated will produce a scar on the nerves that is responsible for sending reflux acid thus damaging it. Surgery is also done for strengthening the sphincter muscles of the esophagus using Linx device.

For majority of the cases, making dietary changes will help in overcoming the symptoms of GERD. Acid reflux can be drastically reduced by avoiding certain foods like chocolate, coffee, fried foods, garlic, onion, alcohol, and fatty foods. Certain foods like tomatoes, citrus fruits, and pepper can affect the soft lining of the esophagus. Take meals frequently to avoid secretion of gas and acid in your stomach. Make sure that you are finishing your dinner at least 3 hours before going to bed.

Take coercive steps to control your weight since obesity can cause more problems with GERD. Quit smoking which will reduce the symptoms of acid reflux significantly. Identify the list of foods that trigger heartburn and avoid them. Keep your head in elevated position so that it becomes difficult for the acid to be sent back into the esophagus. Some people resort to herbal products like chamomile or licorice for controlling the symptoms. You can practice yoga and other relaxation techniques to bring down the symptoms of GERD. 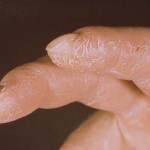 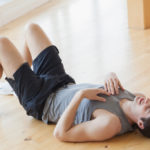 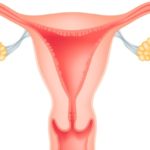 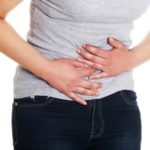