Bowel movement is the term used for discharge of feces from the large intestine. The act of expelling the waste particles through the rectum is known as bowel movement or defecation. Under normal conditions the color of the bowel would be in varying levels of brown.

Why The Feces Are Brown?

Our feces are brown in color due to the presence of leftover red blood cells and plenty of bacteria in it. Formation of bilirubin pigment in the liver and further breaking down process of this pigment where bacteria feed on them gives brown color to the fecal particles. Bile is normally yellow or yellowish green in color but bacteria works on it to convert it into brown. Feces would be dark brown if you are taking iron supplement or folic acid daily.

Any change in the normal bowel color is not a matter of concern all the time. Most of the time, it is your diet that changes the bowel color. If you have taken plenty of greens, leafy vegetables and flavored drink or ice pops then you may get green bowel movement for sure. Sometimes there may not be enough time given for the intestine for absorption of nutrients fully in the large intestine. Here bile secreted from the liver may not have sufficient time to completely break-down food particles causing green bowel movement.

Feces can be of many different colors like black, red, brown, yellow, green and more. When you have diarrhea the color and texture of the stool would be totally different. You will have loose watery stool green or yellowish green color. The reason is simple. As said already food particles would pass through the intestine without full absorption. Bile needs quality time for acting on food molecules for breaking it down. Often the stool color would change if you have taken any new item in the restaurant. The food particles can take 1-3 days for complete absorption. Till that time part of food particles would remain in your intestine undergoing process of digestion. Sometimes there may not be any absorption in the intestine resulting in green bowel movement.

In case you get blood red colored or black stool there is chance of internal bleeding. You need to check with your doctor promptly. It can be due to presence of ulcer or even tumor in the stomach or intestine. However if you have started taking vitamins or iron supplements recently the stool color can be black or red due to the presence of bismuth subsalicylate. 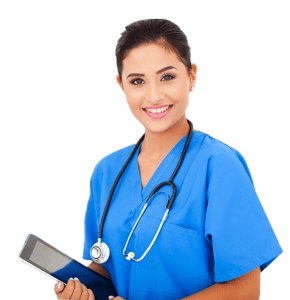 Without doubt, bowel movement can be smelly since it contains load of bacteria. When you have watery stool it can be of foul smell indicating bacteria is working hard in your intestine to clear the toxic substances.

Food particles are forced out of the intestine before it is being broken down. This condition can cause diarrhea or watery stool.

It takes anywhere from 1-3 for the food particles to get fully absorbed. It is the normal time taken for a healthy adult for totally expelling the ingested food. Food that we put inside the mouth moves through the esophagus to reach the stomach. It stays there for 6-8 hours for undergoing breaking-up process which is now in the form of mass to move into the small intestine. In the small intestine various enzymes and chemicals act on the food along with bile secreted from the liver to facilitate easy absorption of food. Food particles are further broken down into protein, fats and carbohydrates in this place.  It remains in the small intestine for the next 6-10 hours before moving into the large intestine. Most of the food mass is absorbed in the small intestine pushing only unabsorbed food into the large intestine. Here the water from the food is absorbed and remaining indigestible food particles are expelled through the anus.

Infants are likely to get green bowel movement in the form of watery stools for few days after birth. If you introduce any new diet for the infant it might also cause green stool, which is quite normal. From the above, it is clear that getting green bowel movement is not any serious matter. Often this can be due to dietary changes. Getting this kind of stool once in a while is no matter of concern. But you can check with your doctor if the stool color is not getting back to normal within few days. 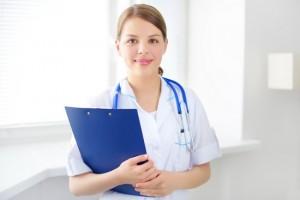 When To Seek Medical Attention :

If you have any other symptoms like stomach cramps, rectal bleeding or dizziness, vomiting and diarrhea along with green bowel movement it can be something to worry about. You can consult your GP without any delay.

Your doctor may order for stool test and urine culture to detect any kind of infection inside the gut.

Choose a healthy diet rich in fiber. Drink plenty of water and do regular exercise. Green bowel movement can be easily managed by taking fiber rich diet like whole wheat bread, cereals and fresh vegetables. Without sufficient water absorption of nutrients is not possible in your intestine and hence it is necessary to keep yourself hydrated.