Gustatory sweating is the sweating produced by consuming food or drink. Excess of sweating is caused when you eat spicy hot foods and there can be profuse sweating on the face, forehead and on your neck when you are ingesting food. The term “gustatory” means taste and hence this problem correlates with the taste buds and parotid glands.

Gustatory sweating is caused when there is disruption in the nerve pathways. Damage can be caused to the nerves or its parts causing misdirected re-growth of the parasympathetic nerve receptors. There can be disruption or damage of signals that is sent to the parotid gland causing excess of sweating on the face and forehead.

It can be due to Frey syndrome in which sweating will be seen on one side of the face. When there is any trauma to the parotid gland or its pathways, wherein there is damage to the nerve, this may produce gustatory sweating. Hence, people who have undergone surgery in parotid gland or its removal (parotidectomy) are more prone to this form of sweating than others. During the process of surgery of parotidectomy, the surgeon may remove nerves in the neighborhood areas of the parotid glands, in case of malignant growth or tumor. The real problem arises during the healing process, wherein the nerves try to reconnect themselves giving connection to the sweat glands, discharging more quantity of sweat. The underlying nerves of sweat glands are triggered whenever they eat spicy or delicious foods resulting in gustatory sweating.

Gustatory sweating can also be induced due to diabetic neuropathy and the diabetic patients will sweat profusely on both sides of the head ranging from moderate to severe sweating. Since it is a rare condition observed only in diabetic patients very often they do not consult doctor for treating it. As per the reports of The American Diabetic Association, cheese and chocolate are the two foods that triggers gustatory sweating in many people.

Though there is no serious issue with gustatory sweating, still for some people it is really annoying to sweat a lot while eating. It might bother others who are eating with them. Sometimes, the sweat is produced in excess literally pouring out from the face. It would soak the forehead, cheeks and the entire face region and neck. For some people, it may produce flushing reaction causing pinkish red coloration on the face along with sweating.

To some extent, gustatory sweating can be controlled by using topical creams that contain glycopyrolate. Some doctors also suggest treatment in the form of oxybutynin chloride and by recommending clonidine. In case of ointment and cream, it can be applied on the face and neck region to control sweating. In case you are diabetic, you can also use anti deodorants for managing the odor caused by sweating. Botox injection is rarely used by some people for treating gustatory sweating. But it provides relief for long term without any side effects.

Given that, no type of treatment gives permanent cure for treating gustatory sweat. Any type of therapy gives only temporary relief from the symptoms and nothing can cure the nerve disruption in the parotid glands.

You can go for surgical treatment but finding expert surgeons is a real task. They perform reconstructive surgery for restoring the functions of damaged nerves but surely it is a complicate surgery made for minor cause of sweating. It is very difficult to reconnect the damaged nerves which are very small and complex. 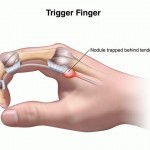 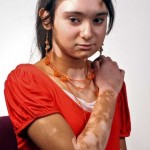 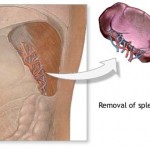 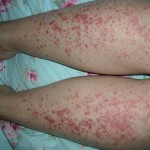