Hair dye has become indispensible in the life of many people around the world. Hair dye is obviously made of many chemicals that enter your body through skin. Harmful chemicals present in the dye can cause serious effects like cancer. At the same time, using hair dye appropriately can increase your image and self esteem in the society. We will discuss in this article whether using hair dye is a healthy choice or not. Each hair dye has its own chemical composition. Such chemicals enter your body through skin contact.

Three types of hair dyes exist based on the chemical reaction they produce on your body.

People who use hair dye regularly and people whose job involves handling hair-dyes frequently like stylists, hairdressers etc are at increased risk of cancer.

Till now there is no concrete evidence that hair dyes can cause cancer. Substances that produce cancer causing cells in the body are called as carcinogenic. Several research works are done on changes produced by hair dye. No study has so far proved conclusively that hair dye can cause cancer. 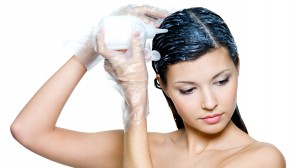 Chemicals Present In The Hair Dye :

Permanent hair dye contains PPD (Para Phenylene Diamine) which turns into brown when oxidized (when mixed with oxygen molecules). Majority of branded hair dye contains PPD which has not been banned so far in many countries. There are some states that have imposed the level of PPD but have not restricted its usage. Until a better alternative has been discovered, it is the PPD that rules the hair dye industry. Another chemical included in the hair dye is hydrogen peroxide which serves as an oxidizing agent of PPD. Hydrogen peroxide acts as a catalyst favoring oxidization of PPD to produce strong dye color.

In addition to the above, coupling agents are included in the hair dye which act as couplers allowing the chemical reaction for achieving the desired dye color. These coupling agents are added in varying concentration in each dye for getting the right shade of hair. Ammonia is used as the medium on which the above reaction takes place since it requires an alkaline pH. Ammonia triggers the hair cuticles to develop inflammation so that it can absorb the hair dye easily. Some companies use substitute like ethanol in the place of ammonia. There are some compounds that are called as “sensitizers” which means one should not get repeatedly exposed to such molecules. Allergy can occur if one uses these sensitizers regularly. And that is the reason some hair-dye companies recommend allergy test before applying it.

A Word Of Caution :

To prevent any complication, you need to use gloves for your hands while applying hair dye. Hair-dressers and stylists and saloon workers need to use proper gloves since they are repeatedly exposed to these chemicals and sensitizers.

Several research works were conducted to find the link between hair dye exposure and bladder cancer. It is found that people who are exposed to handling of hair dyes on daily basis (like in saloons and stylists) are at increased risk of developing bladder cancer. But the same study does not support cancer formation in people who use it occasionally. Blood related cancers like leukemia and lymphoma are not related to the usage of hair dye. There are some studies that state that individuals who are handling hair dyes on day-to-day basis are at risk of non Hodgkin lymphoma.

From the above, it is evident that it is wise to use gloves during the application of hair dye and people who run saloons and hair-dressing system should go for regular screening at least once in a year to prevent any complication. According to the expert agencies like IARC which belongs to WHO, exposure to harsh chemicals like hair dye at workplace can probably increase the risk of bladder cancer. However, the National Toxicology Program has not categorized hair dye exposure to any form of cancer but some chemicals present in hair dye are anticipated to be cancer-causing. Food and Drug Admin (FDA) of the United States is responsible for regulation of cosmetics and it approves particular brand of hair dye before it comes to market but that does not mean that FDA is checking each of its components.

FDA Has Given Some Guidelines While Using Hair Dye Which Is Given Below :-

Overall, it is uncertain whether hair-dye is related to risk of cancer. 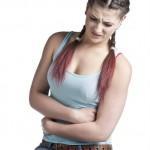 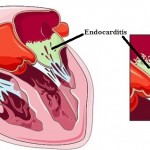