You are here: Home / Nutrition / Health Benefits Of Coffee

Drinking coffee is good or bad is the trending topic for debate. Some researchers consider coffee unhealthy and there are many scientists who claim that caffeine present in the coffee is good for mental health. Coffee is known to protect you against many serious diseases like Parkinson’s disease, liver problems and even diabetes. Of late it is proved that drinking moderate coffee each day helps in preventing cancer.

Scientists at UCLA have analyzed that coffee is known to have protective effect. It has been proved to prevent type 2 diabetes. SHBG is a protein belonging to sex hormone that controls the mechanism of estrogen and testosterone. Coffee consumption is found to increase the levels of this protein SHBG and hence coffee can prevent and postpone diabetes. Research conducted at the Harvard School of Public Health also approves this statement indicating that participants who had taken more coffee is found to have reduced risk of type 2 diabetes than others who didn’t take more than a cup of coffee.

Scientists who conducted an experimental study in the USA have concluded that people who took higher intake of coffee are at reduced risk of developing Parkinson’s syndrome than others. That apart, intake of coffee has significantly improved the movements of muscle in patients affected with Parkinson’s as per the data given by McGill University.

Several kinds of liver related disease and even liver cancer can be postponed by taking coffee. Risk of developing liver cancer is reduced by 40% if you drink 3 cups of coffee a day. Caffeine present in coffee is known to reduce the risk of autoimmune disorders like primary sclerosing cholangitis significantly. Alcoholics who consume coffee alongside have reduced chance of liver cirrhosis as per the authors of Permanente Medicare Program, in California. Thus alcoholic liver cirrhosis can be reduced by 22% by daily drinkers by drinking coffee. Death by liver cirrhosis can be reduced to 66% by taking 2-3 cups of coffee every day. 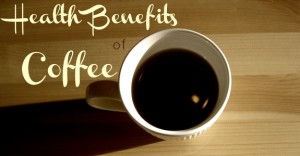 Harvard School of Public Health scientists have concluded that people who drink moderate (2-3) cups of coffee each day have reduced risk of heart failure.

It counts a lot in the way you drink coffee. A cup of hot piping black coffee contains 2 calories only. However if you are adding milk and sugar in a cup then calorie count would be 45 calories. Again it depends on the nature of milk you have. There are many varieties of milk like cow milk, skimmed milk and soy milk each of which have different set of calorie count. If you add more sugar and cream in coffee the calorific level may shoot up.

Antioxidants are known to improve the metabolism and trigger immune system of the body. Coffee is a natural source of antioxidant. It is enough if you take 2-3 cups of black coffee to get the benefit of antioxidants.

People who are concerned with their weight can have pure black coffee any time. However they should not add milk and sugar in their coffee for reaping the benefits. Having only 4.5 calories a cup, coffee is a good source for people who wish to lose weight.

No Coffee After 5pm :

It is not advisable to drink coffee after evening, if you wish to have uninterrupted sleep. Black coffee is known to keep you alert and awake and hence having coffee after sunset will not let you to enjoy quality sleep. In case you need it badly, add some milk and sugar in your cup which can boost your energy.

Any food is not good for health if you eat it in large quantities. It is true with coffee also. It is beneficial for your health if you have 2-3 cups of coffee a day. People who are fond of milk and sugar coffee should watch their weight and calories for sure before drinking coffee.