Hodgkin’s disease is a type of cancer affecting the lymphatic system where the cells in the immune system grow into abnormal size and spread to other organs. As the disease progresses it limits the function of immune system that fights it. Hodgkins lymphoma is one of the common types of lymphatic system cancer.

Some of the symptoms of Hodgkin’s lymphoma include extreme fatigue, fever/chills, swelling of lymph nodes (more on the neck, groin and armpits), excess of sweat in nights, sudden weight loss (without any effort), irresistible cough, difficulty in breathing, loss of appetite and itching.

The exact cause of Hodgkin’s lymphoma is not known. It is believed to be caused due to gene mutation. It can be due to B cell mutation which divides rapidly causing death of healthy cells. This results in the accumulation of excess of B cells in the body leading to swelling of lymph nodes and they become overcrowded thus blocking the activity of healthy cells.

Individuals with this type of lymphoma will have large sized abnormal cells in their body which are called Reed Stemberg cells.

This is a rare type of Hodgkin’s lymphoma and the abnormally sized cells in this type resemble popcorns.

Your doctor will look for the above symptoms after completing the physical examination. He checks for the presence of swollen lymph nodes in the neck and armpits. He would order for blood profile, imaging tests like X-rays, CT or MRI scanning, and sometimes even a biopsy. For some people, small tissue is removed from the bone marrow to test for cancer.

Hodgkin’s lymphoma is divided into 4 stages and it is essential for your doctor to determine the right stage before starting any treatment.

First stage: In this stage the cancer is only on a single lymph node affecting only one organ

Second stage: In this stage, at least two lymph nodes are affected. Here the cancer cells are still limited to only particular organ or portion of the body.

Third stage: At this stage, the cancerous cells will multiply spreading to other lymph nodes of the body both below and above the diaphragm. Some portion of the spleen can be affected with cancer cells at this stage.

Fourth stage: This is the most advanced stage in which cancerous cells are found in almost all the organs and tissues. By now the lymphoma has advanced to all the lymph nodes and many parts of the body.

Depending on the stage of the cancer, your age, health condition and diagnoses treatment is given. The ultimate aim of the treatment is to kill the entire cancer cells and to control the symptoms.

Here medications are administered for destroying lymphoma cells. It is either given in the form of infection or pills which travels into the bloodstream so that it can be easily accessed by all parts of the body. Often, radiation therapy is also combined with chemotherapy for treating Hodgkin’s lymphoma. There can be many side effects of chemotherapy drugs like hair loss, nausea and constipation.

It is another effective therapy in which high powered beams of light are sent directly into the affected portion to kill cancerous cells. Individuals who are on first or second stage will be benefited by radiation method. This method can cause hair loss and redness or scarring of the skin.

Transplantation of stem cells is done to replace the infected bone marrow. Healthy stem cells are taken from your blood and injected into the body after destroying cancerous cells by radiation or chemotherapy. Stem cells will eventually help in building healthy cells.

You need to be well informed about the lymphoma and its consequences. Get help from support groups so that you will understand that you are not alone. You can set rational goals that can be reached easily. Eat healthy balanced diet and do regular exercises. Be active and socialize well to expand your activities. 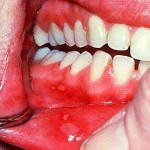 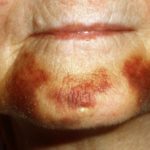 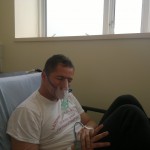 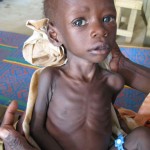