Hurler syndrome is also known as MPS or mucopolysaccharidosis. In this disease, mucopolysaccharides (long chained sugar molecules) cannot be broken up by the affected individual, resulting in severe abnormality both in physical and mental status. Hurler syndrome is inherited by birth and initial symptoms begin to appear during 2-5 years. MPS is caused due to lack of particular enzyme by name Aldurazyme which is responsible for breaking up of certain molecules. Parents would pass on the disorder to the offspring. Treatment of Hurler syndrome is by injecting the enzyme and controlling the symptoms. In severe form, MPS III and IV are known to exist.

An enzyme called (Aldurazyme) or lysosomal alpha L iduronidase is not present in children born with Hurler syndrome. Break down of sugar molecules or glycsaminoglycans is not possible in such children causing damage to many organs including brain and heart. These molecules gradually start building up in the body causing more and more damage.

Symptoms of Hurler syndrome are not the same for all children. It may vary from mild to very severe. Parents of affected children carry the defective gene which is passed on to their children through chromosomes. Initial symptoms can be observed in the ages of 2-5 years. Facial symptoms of abnormality can be seen within first 2 years of birth.

Some of the characteristic features of Hurler syndrome include clawed hand, abnormality in the bones of spinal cord, hearing impairment, clouded cornea (causing vision problems) and halted growth. Many children with Hurler syndrome are known to have heart valve problems. They have enlarged tongue with coarse bony face and they do not grow height as normal children do. 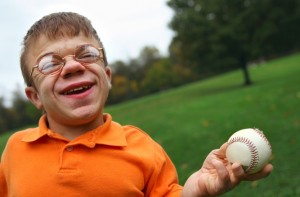 An expert doctor can diagnose Hurler syndrome in the child even before his/her first birthday. For further investigation he may order for ECG (for knowing the heart function), imaging test like spinal cord X-ray and urine test to detect excess of mucopolysaccharides. Genetic testing may also be done to detect Aldurazyme enzyme.

Children with Hurler syndrome have decreased survival rate due to multiple complications. Many children have difficulty in living after first few years and average rate of survival is 10-11 years at the maximum. Respiratory tract infection, heart valve collapse and obstruction of upper airways can be the cause of death. Parents of affected children can seek help and guidance from support groups like the society for MPS diseases and similar ones.