Cephalus means head and hydro means water. Hydrocephalus is a condition in which there is excess of cerebrospinal fluid (CSF) in the brain. This fluid usually surrounds the spinal cord and the brain and when it in excess quantity, this water like fluid can cause intense pressure on the brain. CSF fluid starts flowing from ventricles and passes through brain and spinal cord before exiting from cistern to get reabsorbed into the blood. Cerebrospinal fluid has major roles like keeping the brain buoyant, transporting nutrients to bran and to regulate the amount of blood passes through the brain.

Possible causes of imbalance in cerebrospinal fluid are :

The signs of hydrocephalus vary widely with age and intensity of disorder. An infant cannot tolerate the pressure of CSF in the brain like that of an adult. Symptoms that are common in children are vomiting, headache, seizures, nausea, blurred vision, imbalance in vision, and delayed developmental standards. In adults, there may be changes in personality, poor rational thinking, uncontrolled eye movements and muscle spasticity.

There may be loss of memory, poor concentration, sleeplessness, lethargy and problems in walking and urinary incontinence. Some adults will have dementia and severe loss of memory. This problem can create other disorders like Parkinson’s disease, Alzheimer’s syndrome and Creutzfeldt Jakob disease.

Doctors will administer CT scan and MRI scan to assess the exact condition of the brain and monitor the pressure exerted by CSF. He may also do lumbar puncture and skull X-ray before proceeding with treatment. For young children, abnormal sound is heard when the doctor taps on the skull and head may be bulgy or large.

The ultimate purpose of treatment is to control the level of CSF in the brain. Shunting may be done or surgery is performed depending on the health condition and other factors of the patient. During shunting, a tube is inserted into the brain which sends the fluid into other parts of the body for re-absorption. In severe cases, Endoscopy Third ventriculostomy is done for relieving the pressure of fluid inside the brain. For some patients, the process of cauterizing is done for burning the parts of brain that secretes excess of CSF. For treating infections, antibiotics are prescribed. The patient has to be monitored for checking the neuro-psychological development through follow-ups and behavior counseling. 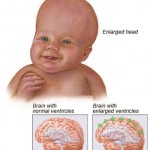 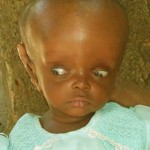 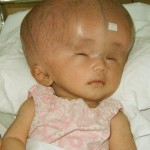 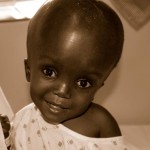 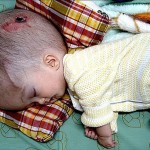 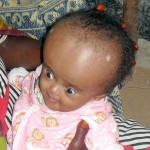 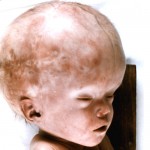 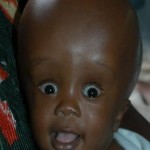 Hydrocephalus is potentially life threatening if treatment is delayed. It can cause serious impact on the mental as well as physical development of the child. Complications may be expected during shunting procedure and infection like meningitis and encephalitis can occur. There is chance for nerve damage which may result in decreased movement.

You can only take care of the child to avoid head injury and in not delaying the treatment, once you suspect that something is wrong.