Internet has changed our life a lot by giving information about anything and anytime. It is a tool to stay connected with our friends abroad; irrespective of the part of the globe they live. Internet has also paved way for hassle-free shopping and more and more people are using this option for saving time and avoiding crowds. However internet has ruined many people’s life since they are glued to the computer forgetting their duties and relationships.

Internet addiction is a type of disorder that involves compulsive behavior interfering with normal living. The affected person will always be glued to the computer and forget his responsibility about family. This sort of internet addiction will create severe stress on his relationships and workplace. Such people would have an emotional attachment to the internet giving priority to online activities like chatting. They may enjoy any aspects of the internet and exchange ideas through social networking sites. They would spend hours together chatting with their friends and involving in social websites without bothering about real life responsibilities. Some people would spend plenty of time on research browsing on specific topics of internet.

Blogging is another internet activity wherein a person would post his views about particular topic of interest and keep track of his followers. Internet addiction is very similar to that of gambling addiction where people get excitement and thrill when participating in betting events. These people would use the fantasy world of internet to connect with people instead of real life connection with humans. If your loved ones have any of the following conditions he/she may be considered to have internet addiction. These are the warning signals to indicate that the person is getting addicted to internet.

In short, if the use of internet interferes with your life, family and work in any form you are considered to be addicted to internet. The American Psychiatric Association considers internet addiction to be a disorder requiring behavior modification. Internet addiction is increasingly growing in young generation especially with children who live in isolated family atmosphere. 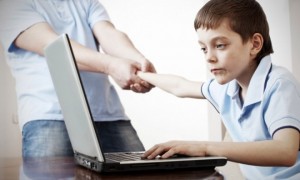 Many factors like biological, environmental, genetic and social factors are responsible for causing internet addiction at young age. Children are left alone at home for hours together and they find relief in playing games and chatting on internet. This eventually becomes uncontrollable forcing them to ignore their duty of studying. Internet provides the thrill/excitement or “high” for people like other addictions which make them more and more dependent. Many addicted people prefer to enjoy temporary pleasure over internet, in the place of normal intimate relationships.

Getting addicted to internet can cause serious impact on your family relationships and workplace. It can affect the academic career of young people since most of the time they are preoccupied with internet. Middle aged people can face serious problems at work and even face financial risk or losing their job due to overspending on online bets and games. Real life relationships will be jeopardized due to virtual relationships over internet. People who are addicted to internet will not spend quality time with family and this may brand them as “socially awkward”.

Some people create secret identity on internet and develop fake online profiles which would ultimately lead to disrespect. This would build feelings of low esteem and fear of disapproval causing depression in later stage. In many cases people are so addicted to internet that they might not sleep properly developing serious physical as well as emotional problems.

People who are working online cannot be considered as internet addicts, though they spend all their day over computer. A person is considered to be “internet addict” if he/she spends most of the time on computer ignoring his duty/relationship/work. He would have euphoric feelings (over excitement) when he is using computer. He might have feelings of guilt, hopelessness, anxiety and depression. He gets easily irritable and agitated and never admits that his mistake. He has no sense of time and often he is unable to keep schedules. Even when the person is not on computer, he would be preoccupied and worried about his internet activities all the time.

People who are internet addicts may develop headache, backache and sleep disturbance. In the long run, the person may develop blurred vision and Carpal tunnel syndrome. He may lose or gain weight according to his eating habits and lack of physical activity.

Treating people with internet addiction can be challenging because they seldom accept this as a problem. A psychiatrist may take 2 or 3 sessions to detect if the person has underlying emotional disorder and begins treatment accordingly. For many people, giving psychotherapy (like CBT) at regular intervals is helpful in getting rid of internet addiction. For those with serious psychological problem, medications are prescribed. Like other addiction, internet addiction is also treated with antidepressant drugs like Escitalopram or similar drugs. You need to consult your doctor to know about the side effects of these drugs and the ways to overcome the withdrawal effect.