Iron overload in our body is inherited disorder and is called hemochromatosis in medical terms. It causes excess of iron content in the body affecting Caucasian race. Very often there will be no symptoms (asymptomatic) in this disorder. For some people it is reflected in the form of heart failure, diabetes, joint pain and extreme fatigue.

A healthy adult should have 3-4gms of iron in blood. It is common to lose some iron in the form of cells shedding and sweating. The lost iron should be replaced by iron rich foods in daily diet. An adult should consume 1mg of iron each day in his food for replacing the lost iron. However if large quantities of iron is absorbed from the intestine, it can cause iron overload in the body.

People affected with hemochromatosis or iron overload will have increased absorption of iron supplied by large intestine but they lose only less quantity of iron daily. This will gradually build up more of iron content in the body than the required level causing iron overload. At this stage, the person might have 20-30gm of iron and excess of iron gets deposited on the liver, muscle joints and heart causing damage to the internal organs. Women will not have iron overload problems because of menstruation cycle. During monthly cycle of menstruation they lose excess of iron and it is also lost for breastfeeding mothers. Hence women will get this problem in later stages than men.

Often, iron overload will not produce any significant symptoms. It is revealed only during blood culture testing is done for some other purpose. Iron deposits in excess can cause darkened skin and this is more prominent in men than women who have chance to lose iron by menstrual blood loss. The problems associated with iron overload will appear 10-20 years later for women than men.

Impotence or sexual dysfunction is one of the major signs of iron overload. Excess of iron is deposited in testicles which would shrink in size gradually. Iron deposits in pancreas will decrease the secretion of insulin resulting in diabetes. Iron can also get deposited in pituitary gland and heart muscle causing heart failure and increased palpitation. If iron is absorbed in liver it can cause liver cirrhosis and even liver cancer. 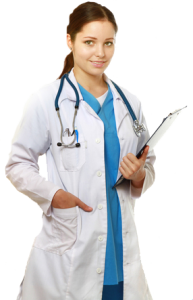 It is difficult to diagnose iron overload since no symptoms are seen. It is discovered only during routine blood test. In case of doubt you can check the iron content in blood by simple blood profile test.

The aim of the treatment is to reduce the iron content from the body to attain the normal level. It is done by withdrawal of blood (phlebotomy) in regular intervals. One unit of blood contains approximately 250mg of iron and hence it is necessary to withdraw one unit for every week. Iron level in the blood is continuously monitored by checking the serum ferritin which should go below 50mg/ml for reaching normal level.

Once normal level is reached, blood withdrawal can be reduced to 2-3 months depending on the person’s health condition.

Having iron overload can cause serious organ problems affecting the liver, heart, kidney and pancreas. By repeating phlebotomy the person can be saved from the risk of heart attack and cirrhosis. The affected person becomes less prone for diabetes and heart failure by donating blood when he has excess of iron.

Diet To Be Taken and Avoided :