You are here: Home / Information / Know About Ovulation, Menstrual Cycle And Periods

Ovulation is a process in which fully matured egg is released from the ovary. They move down the fallopian tube subsequently and wait for a successful sperm to get fertilized. One of the ovaries releases matured egg and awaits the sperm for fusion. The fertilized egg would then reach the uterus wherein it attaches to the wall of the uterus on the endometrium lining.

The uterus of every woman prepares itself each month for the arrival of fertilized egg by preparing a thick lining to accommodate it. The wall of the uterus gets coated with a thick lining of essential nutrients so that the fertilized zygote can grow on it. In case the zygote does not arrive on the platform of uterus it automatically sheds off its lining. This comes out of the vagina in the form of menstrual periods each month.

A fully matured egg can live up to 24 hours after it has been released from the ovary. The process of ovulation can be affected by several factors like health condition, stress and severe illness and infection. Even if ovulation has not occurred due to some reason, a woman can get menstrual periods. Spotting or light bleeding can occur during the process of ovulation in some women. Matured egg would move downwards into the fallopian tubes and it might take 5-6 days for this movement. Once it reaches the uterus, it meets the sperm to get fertilized. Fertilization can be described as the process of gamete of sperm cell with the egg cell to form a zygote.

Cell division takes place in rapid manner once the egg has been fertilized. Group of such cells would now attach itself to the wall of the uterus in another 6 days after ovulation. This process is known as implantation which can cause light bleeding and abdominal cramps in some women. Implantation bleeding can occur 4-6 days before normal menstrual periods and this can cause spotting and brownish red bloody discharge. Bleeding would be occasional and many times you may notice it only while changing your panties.

If you are expecting to get pregnant, you need to know the dates of ovulation and fertile period. Ovulation is calculated from the first day of previous periods and it occurs roughly between 11-15 days of the last period. Monthly cycle for woman ranges from 28-33 days and they are at the peak of “fertile zone” from day 11 to day 21 of the previous period.

Read more on Cramping After Ovulation

Every expecting woman should know facts about ovulation and fertility period. The chance of getting pregnant is high if she happens to have sexual intercourse during fertile period.

Follicular phase begins from the day your period has started the previous month and this phase ends till the date of ovulation starts.  The pituitary gland present in the brain would release FSH (follicle stimulating hormone) that triggers production of follicles or immature eggs in the ovary. Eggs are not matured in this stage. Among number of follicles produced only one grows into matured egg. This egg gets released from the ovary slowly moving down into the fallopian tube. The remaining follicles or immature eggs get broken down to get reabsorbed. Follicular phase starts on the first day of last period and ends on the date on which ovulation would start and it ranges anywhere from 7-38 days.

The hormone estrogen is released during the follicular phase which triggers production of GnRH and further lutinizing hormone or LH is secreted. Sudden increased levels of LH causes ovulation to occur during which matured egg travels into the fallopian tube to reach the uterus. If the matured egg gets fertilized with a sperm zygote is produced. If not, the egg disintegrates within few hours to get absorbed by the body.

Luteal phase begins from the day of ovulation and ends on the day you get your periods. Time range for this phase ranges from 12-16 days. Both these phase determines the ovulation period and fertility period. 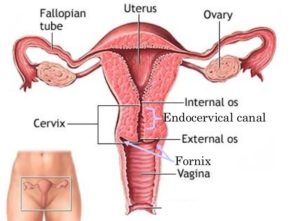 How To Identify Ovulation Time ?

A woman can identify the start of ovulation time by examining the secretion from her vagina. A thin layer of slippery fluid is discharged from the vagina before the process of ovulation begins. The mucus becomes clear day by day and it resembles “egg white” and very clear and elastic during ovulation. The mucus can be stretched and observed as a “thin line” between your fingers. This is the time ovulation has occurred and the woman is said to be at high fertility period.

During non-fertile period, the texture of cervical mucus would be like cream or lotion having whitish or milky color. And the mucus cannot be stretched as we do during ovulation period. Appearance of vaginal mucus can tell you whether you are in fertility period or not.

Lifespan Of Egg and Sperm

A matured egg can live maximum of 24 hours during which time fertilization has to occur. The sperm can live up to 3 days and may live for another 2 more days inside the vagina if conditions are favorable. A woman can get pregnant either on the ovulation day or the following day.

Fertility period can be tracked using cervical mucus – a thin fluid resembling “egg white” discharged from the vagina. If a basal thermometer is inserted into the vagina it would indicate the position inside. Any increase in the temperature reading of the thermometer indicates that ovulation has occurred. You are awaiting the ovulation if there is no change in temperature reading.

Plenty of kits and monitors are available in the market to keep track of ovulation and fertility period. You can do nothing to stop your periods if ovulation has already occurred.

Menstrual periods occur when the thick lining of the uterus sheds off causing vaginal bleeding. Menstrual periods range from 3-7 days and the intensity of blood flow becomes heavy after the first day. Menstrual blood is made of several nutrients and endometrial cells and cervical mucus. Volume of blood differs from one woman to the other. The color of menstrual bleeding would be reddish brown or bright red with foul odor.

Once the menstrual bleeding stops indicating complete shed off of endometrial lining has occurred, hormone levels of progesterone and estrogen would reduce. After the last day of the period, the ovary again gets back to the task of preparing egg cells thus beginning the process of ovulation. It might take 13-17 days for the next ovulation to occur.

The process of menstrual cycle is followed by ovulation, fertilization, implantation (or integration of egg cells) and pregnancy. If the egg cell does not get fertilized it disintegrates and reabsorbed. Eventually thick endometrial lining of the uterus gets broken down and expelled in the form of menstrual period.