Leprosy is an ancient disease which existed even before prehistoric time. It is marked by skin sores and the disease causes weakness in muscle and nerve damage. It is also called Hansen’s disease. The disorder of leprosy is a slowly progressing disease which damages the skin gradually. Initial symptoms will start at moist areas of the body like eyes, hands, feet and nose, which will eventually start losing sensation. Genetic predisposition is also a cause for leprosy.

The Mycobacterium leprae causes this disease. The bacterium is rod shaped which can develop only on certain human cells. Actually the bacterium enters into the skin of the person and takes long time for incubation. There are two types of leprosy namely tuberculoid leprosy and lepromatous. Both these types cause skin sores and large bumps or lesions on the skin surface. Children and people with weakened immunity have more chances to get this disease. However this disease is not contagious as believed by many people.

This disease is characterized by the formation of skin bumps or lesions which looks like blister. The skin color may change and the affected person may not be sensitive to heat or touch as the disease progresses. The lesions will not heal even after several months of treatment. In the long run, it would cause nerve damage and muscular weakness. For some people, there may be feeling of numbness in the arms, hands and legs, indicating nerve damage.

Since the symptoms develop very slowly, it becomes difficult to detect the signs. For some people, it may take months even years for the signs to appear evidently. The symptoms of leprosy are very much similar to that of syphilis and tetanus. This disorder is marked by loss of sensation and numbness on the affected part of the body. In case if it affects the eyes, you will feel dryness in the eyes and will eventually reduce blinking.

Strong antibiotics like clofazamine, dapsone, macrolides and rifampin are given to destroy the bacteria and reduce infection. It is essential to detect the disease in early stages to avoid severe infection and damage. If the individual is affected with multibacillary leprosy it can be completely removed using antibiotics. However the treatment should begin in the early stages, failing which the damage done to the body becomes irreversible. People having first sign of skin lesion can take minocycline or Floxin injection to prevent further damage and spreading the infection to others.

Once the body starts responding to treatment, the course of treatment is completed by performing surgery for clearing the skin smears. The basic purpose of treatment is to restore the lost functions and reduce nerve damage. 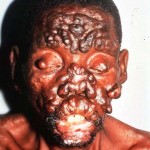 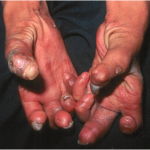 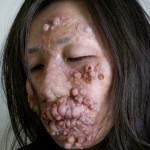 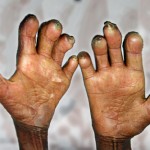 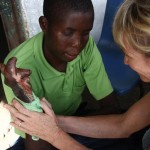 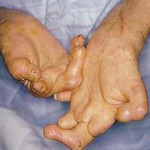 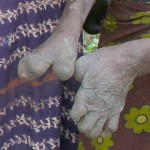 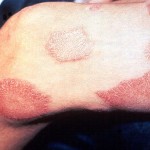 Leprosy, if detected in the advance stages, can cause complications like permanent nerve damage, sensory loss in the hands and feet, muscular weakness and disfigurement of the physique. Further, the affected person may have lot of injuries without noticing and his body becomes room for infections.