Liddle syndrome is related to increase in blood pressure in adolescence or early adulthood due to hereditary factor. Patients with this syndrome are often below the age group of 35 years. Symptoms of hypertension can be seen as early as childhood and for some people there may not be any symptoms and such increased blood pressure may affect the heart causing attack or even stroke. Liddle syndrome is a rare disorder that is passed on from parents to offspring.

Children and adolescents affected with Liddle syndrome may show symptoms of hypertension like increase in heartbeat, profuse sweating and sudden increase in blood pressure. They may also show signs of hypokalemia (increase in sodium level) like fatigue, muscle weakness, and constipation. This reduced level of sodium in blood can cause metabolic alkalosis (increased level of pH of alkaline in blood). It can cause swelling of extremities due to fluid retention in the body.

Liddle syndrome is hereditary and the defective genes are passed by the parents to children. Kidney of the affected person would excrete normal levels of potassium but retain most of the sodium particles leading to hypertension (increase in blood pressure).

The mode of Operation :

Liddle syndrome occurs due to autosomal disorder or defective gene mutation in which SCNNIB genes are passed to the offspring by the parents. This particular gene is involved in producing protein compound called epithelial sodium channel or ENac. Such channels are present in epithelial cells of the body and also seen in kidneys.

Whenever the blood sodium levels are low, these channels are opened to send enough of sodium particles in the blood. Under normal conditions, the kidney cells would return sodium through re-absorption method. But due to defective gene mutation of SCNNIB gene the entire function of ENac unit gets altered thus retaining more of sodium atoms on the cell surface causing increased level of sodium in blood leading to hypokalemia.

Hypertension or increase in blood pressure can be treated with suitable medications and lifestyle modification. Young children can develop blood pressure due to wrong diet habit and sedentary lifestyle. But the doctor has to check whether this is due to genetic problem by examining the parents of the child.

Mild diuretics are often prescribed for children with high blood pressure. This should be combined with diet restriction and weight reduction. Salt content in daily diet should be reduced to the minimum to prevent further damage. Often affected children should take medication for lifelong to keep blood sodium level under control. Such patients with Liddle syndrome can pass on the defective gene to their children thus causing hypertension. 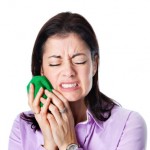 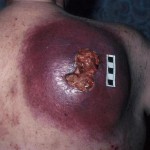 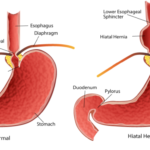 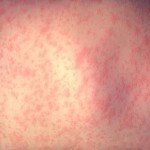 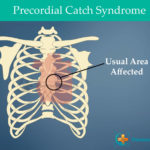