The term “lipo” means fat or other lipids and “suction” means removal. Liposuction is the process of removing excess of fat from the body. It is a surgical procedure through which thin tubes are inserted into the skin through which fat is pumped out. The doctor would move the tube to the target area where there is excess of fat. These small tubes are called cannulas which are inserted into the body by multiple small incisions for removing fatty deposits. A medical vacuum suction is used for breaking up the fat particles that can be removed easily.

Nowadays improved techniques are used for making liposuction easy and painless. There are three popular methods by which liposuction are made.

Local anesthesia is injected on the area of the skin where fat particles are to be removed. After making tiny incisions the doctor would insert the tubing through which lidocaine or epinephrine solution is given for making the area numb. Excess of fat is suctioned out through the vacuum pipe inserted at the other end of the tube. In this process the patient can remain awake during the procedure.

The same procedure given above is used in addition to the support of ultrasound technique. This gives the doctor clear idea about the content of fatty deposits under the skin. This method is largely used in suctioning fat from the stomach and the back.

Here laser beams are applied directly on the fat deposits which would liquefy easily. Subsequently fat particles are removed through the tube. The entire process is made easy and quick in this method. For some people one or two forms of laser beams are combined to get the best effect. There are many types like smart lipo, lipo dissolve and lipolysis.

Firstly there would be several consultations with the doctor or cosmetic surgeon for the patient. He would evaluate whether the person is apt for undergoing liposuction. He would then analyze the parts of the body where fat has to be removed. Often it involves the abdomen, hips, chest, thighs, knees and arms for both sexes. The surgeon would then explain the entire process and would give illustrative examples. Photographs would be taken both before and after the surgery for comparison. At present computerized pictures are shown for alluring the patients for liposuction.

The surgeon would explain all the questions/doubts of the patient and after he is determined that the person is a good candidate for liposuction he would schedule an appointment for the surgery. Often laser assisted surgery is combined with tumescent liposuction. Preparation also includes taking several tests like blood test, urine analysis, and collecting the complete medical history of the patient. In some places an informed consent is formally given to the patient which may include a written document also. The surgeon would advise the list of medications the patient can take before/after surgery. In case the patient is taking any psychiatric drugs or thyroid medications or NSAID’s he should stop taking these drugs before the day of liposuction.

Once the patient has signed the dotted lines of the consent form, the surgeon or his assistants would mark the regions that are to be suctioned. The nurse would then start an intravenous line for delivering fluids through vein, if necessary. Just before the procedure, the patient will be given oral anesthetic or mild sedative pill so that he would not feel the pain of the process. The nurse would inject appropriate numbing injection in the marked regions and inject tumescent fluid through it.

The process may take about 30 minutes to one hour but sometimes it might take several hours. The numbing injection will be given slowly so that it can keep the patient calm for extended hours. Often there would be little discomfort during the start of the process. But you would be advised to watch television or listen to your favorite music. If there is huge volumes of fat to be suctioned out the patient would be given general anesthesia. In tumescent procedure of liposuction there will not be any risk of anesthesia, no pain and no bleeding. This procedure will take you through quick recovery after the surgery.

In case laser combined liposuction method is used the surgeon would apply laser beams on the fat deposits so that it gets melted and suctioned out easily. Large amounts of fatty deposits cannot be removed by tumescent method. In the conventional method large fat can be suctioned out and many areas can be involved. But the recovery time is longer in this method.

Once the patient is shifted to separate room dressings would be applied in the form of gauze pads or tapes so that the left-over liquid is fully absorbed. The nurse would then assist the patient with special garment (on the area where liposuction is done) which should not be removed for few weeks. This helps the skin to bend down firmly to get the best outcome from the procedure. The patient will be kept in observation for few hours before getting discharged from the clinic. He/she is advised to take complete rest for the entire day without any form of physical work. Further the doctor would give pain-killers for few days after liposuction.

Some people may feel slightly dizzy for few minutes. This is common while using the restroom after the surgery or while changing garments. These supportive garments should never be removed unless your doctor tells you to remove it. The length and texture of the garment would vary as per the area of the body which was treated. To prevent any possibility of infection your doctor would prescribe antibiotics. There would be fluid discharge for many people from the site of incision for few days. But you need not have to worry about it. Recovery period may extend if large volumes of fat is removed from your body and multiple areas are involved.

You should adhere to the follow-up care as instructed by your doctor. Sometime if sutures are done in the area during tumescent liposuction it will be removed after a day or two. Do not remove the special garment without consulting your doctor since the entire process would go waste.

At present, liposuction is more of cosmetic purpose for removing excess of fat from the breasts, thighs or backs. Many people undergo liposuction not for reducing weight but to increase their appearance. Waist, hips, thighs and buttocks have bulk of fatty particles for many women which can be corrected by liposuction. Some doctors combine liposuction during abdominoplasty and breast reduction surgery. For medical purpose, liposuction is used for treating benign tumors or lipomas, gynecomastia (resizing male breasts), lipodystrophy (metabolism of fat problems) and in case of excess of sweating (hyperhidrosis).

How far liposuction is effective?

Frank enough, liposuction is effective in removing fats from small areas of your body. But there is every chance for you to regain weight and the fatty bulging will return in another place. Hence you need to follow the instructions of your doctor in diet and exercise regimen so that you would get the maximum benefit of liposuction.

In many cases, sudden improvement will not be there right after surgery. You need to wait for several weeks or months so that the area fully heals. The skin on the area may get loosened after surgery and it might take months together to become tight like other areas. The elasticity of the skin varies from person to person. Remember liposuction is not meant for reducing weight but for removing fats.

The process of liposuction usually does not carry any risk. You need to make sure that you have chosen the best surgeon with years of experience. Some people can get temporary bruises on the area and periodical numbness on the site of injection. It can cause minor scarring and irritation for some days. It will take some time for the skin to tighten until then the area will have loose skin for some people. Liposuction can cause color changes and uneven skin surface in the site area.

In rare cases it can damage the underlying nerves if ultrasound liposuction is used. By gaining weight after surgery your body is likely to build-up fat on different area which you have to remove next time. Sometime, new fat can grow in vital organs like heart or liver which can cause complications. You should be careful and restrict the calorie intake so that you are not gaining weight as before. In rare cases it can cause fluid accumulation in the lungs or severe infection on the area of incision.

Liposuction is not suited for people with heart diseases, people with blood related problems and pregnant women. In many patients who have chosen arms to be corrected/resized the skin could hang loose over this area giving ugly appearance. There is a risk of blood clotting if liposuction is done for calves muscle. Those who are correcting their chin with liposuction need to be very careful. It can cause nerve problem after the procedure.

Sometimes fluid would be oozing out from the chin for several weeks after the procedure and you have to redo the process. Those who are resizing their breasts should note that the outcome may not be as per your expectations. For some people only one breast will respond in losing the fat. 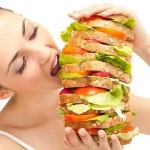 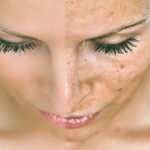 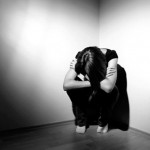 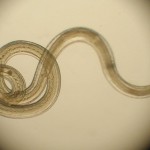