You are here: Home / Information / Lymph Nodes In The Body – Functions, Location

Lymph nodes are bundle of tissue mass which are round or oval shaped and small in size. They are generously distributed throughout the body and they are elements of immune system that helps and protects your body against various infection. Lymph nodes together form the lymphatic system that contains lymphatic fluid. This fluid moves through the entire body in the form of lymphocytes which helps in fighting against micro-organisms like bacteria and viruses.

Lymph Nodes are Found in Many Areas of The Body : 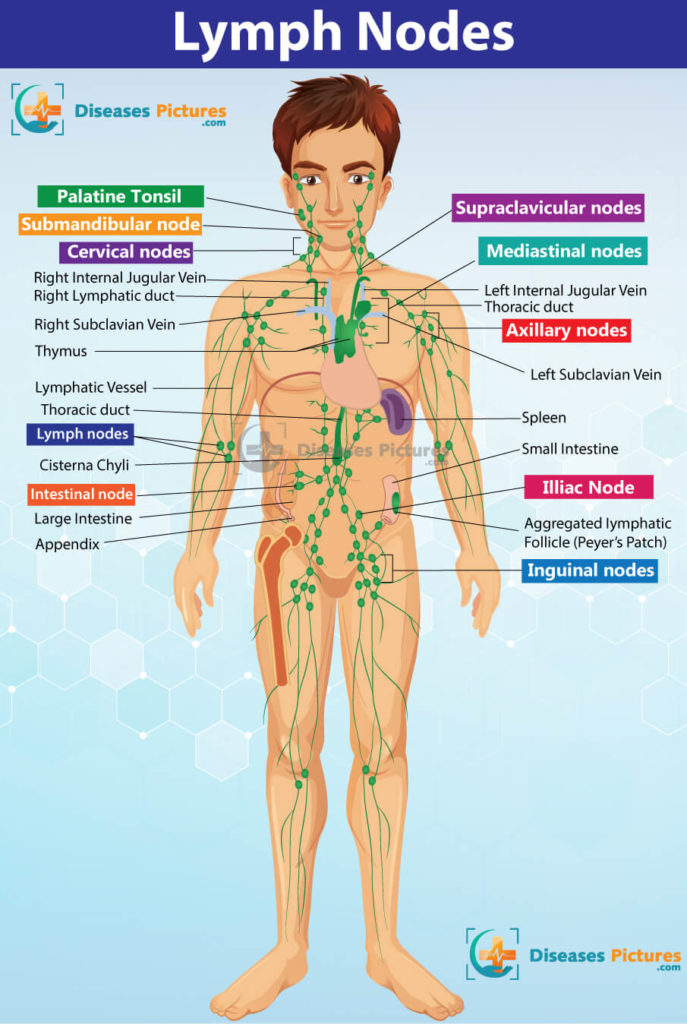 Lymph nodes can be easily detected in the neck region. But you may not know that lymph nodes are found throughout the body. It is found in almost every part of the body like ears, jaw, armpit and groin. There are hundreds of nodes distributed in the body. It is found behind the ears, front portion of the neck, in the armpits, back of the head, and in the groin. Tonsils are also part of lymph nodes and they get enlarged due to tonsillitis.

Lymph nodes are primarily involved in offering immunity to the body by fighting against infection causing organisms. In the form of fluid it travels throughout the body exchanging and filtering the fluid. They pick up the elements present in the bloodstream and moves further.

For example, the lymph fluid of the fingers moves towards the chest after collecting the fluid and other substances from the arm. As they move upwards, the fluid filters the elements of the lymph nodes found at the elbow and underarm. Lymph fluid flows downward from the head and scalp region and collects fluid from the lymph nodes in the neck and drops them in the chest. The lymph fluid from the groin move upwards collecting and filtering substances in the journey and finally reaches the heart. Lymph nodes are also found in deeper regions of the body like the lungs and even in the bowel. The main function of lymphatic fluid is to filter impurities from the blood. 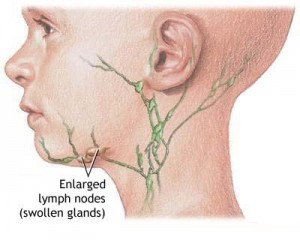 Lymphatic System is a Network :

Lymph nodes do not function as separate entity but they are part of network of tubes interlinked through lymphatic fluid. They cover all the major areas of tissues and organs in the body. When they reach distant organs the lymph nodes become smaller in size and as they travel outwards like the neck or skin they become bigger in size.

Lymph Nodes Exists in The Form of Blood Vessels :

The lymph nodes are present in the form of lymphatic capillaries or vessels varying in thickness at different places of the body. The walls of such capillary are very thin facilitating flexible movement of fluids and cells. The collected fluid from different sources of the body finally drain into a large lymphatic vessel known as thoracic duct which further drains off into a big blood vessel. This fluid includes various chemicals, salts, proteins and even the debris like toxins which enters the blood vessel for further purification.

Shape and Size of Lymph Nodes :

Lymph nodes are small rounded structure that resembles a small grape. They occur in groups like grape clusters. There are around 600 lymph nodes in the lymphatic channel.

Lymph nodes consists of 2 parts namely the cortex (outer region) and the medulla (inner region). The cortex region is made of lymphocytes or white blood cells that are composed primarily of B lymphocytes. The lymphatic system is made of lymphatic vessels similar to blood vessels. Those vessels that enter into the lymph nodes are known as afferent lymphatic vessels and those vessels that leave the lymph nodes are called efferent vessels. 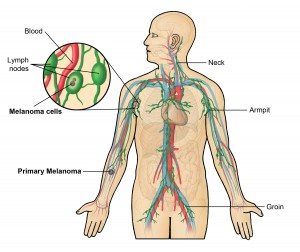 The spleen is the biggest organ of the lymphatic system and is found on the left side of the abdomen. The major function of the spleen is to filter the blood and control the number of RBC produced in the body. The white pulp substance of the spleen is in-charge of producing immune cells and the red pulp like substance is responsible for purification of blood and removing the dead blood cells.

And the spleen acts as a fighting agent to prevent any infection. Spleen is involved in the recycling process of old red blood cells and acts as a storehouse for white blood cells and platelets. Thus spleen plays a major role in immunity function in purifying the blood and in attacking the infectious elements in the body. Splenomegaly is a condition in which the spleen develops swelling due to infection or disease. In rare cases spleen can get ruptured inside causing potential problems. Sickle cell disease, mononucleosis and cancer can cause this condition.

Thymus is found above the heart and this function as a store-house for lymphocytes which are special form of white blood cells. Further thymus acts on them to convert white blood cells to T cells that help in destroying infection.

Tonsils are located in the pharynx region and they exist in the form of cluster. Tonsils are considered to be first line of defense in attacking any type of micro-organisms that enters into the body through nose or mouth. Due to severe infection, tonsils get enlarged to form tonsillitis which can cause frequent throat infections and cold. Tonsillitis can be removed by surgery.

How Lymph is Formed ?

The word “lymph” is derived from “lympha” in Latin meaning “connected to water”. Lymph is water like fluid that is colorless and clear in nature. Each body cell has plasma content in it (in majority) and this plasma would transport the nutrients to the cell and collect debris from it. Major part of plasma like fluid gets back to the venous circulation and the remaining portion gets converted into lymph.

3 Major Functions Of Lymph Nodes Can Be Summarized As Below :-