Macrocytosis is the term given for large sized red blood cells. The red blood cells are vital part of our blood that transports oxygenated blood to all the organs of the body. In a given space only certain number of blood cells can be accommodated. When the blood cells become larger in size only few cells can fit in the given space leading to insufficient supply of oxygen and blood.

This in turn can cause deficiency of oxygen throughout the body leading thus affecting the normal functions of many organs. Macrocytosis is also known as megaloblastic anemia. Some of the common symptoms of macrocytosis include dizziness, loss of balance, confusion and dementia. The disease is primarily caused by vitamin deficiency and also by liver problems and alcoholism.

Our blood is made of large component of red blood cells which gives the characteristic color (red) to the blood. One cubic mm of blood can contain about 52 million RBC in men and about 46 million RBC in women. On an average 45% of blood contains RBC. Red blood cells does not have particular shape (it can be round, flat or concave) and do not contain any nucleus.

Interestingly it can change its shape anytime without breaking. RBC contains a special molecule called hemoglobin that is intended to carry oxygenated blood to the body. During macrocytic anemia (since RBC becomes larger in size) there is less of hemoglobin leading to oxygen deficiency. This would cause anemia during which the hemoglobin level is much lesser than normal level.

Macrocytosis does not show any symptoms and many times it is detected only during routine blood tests. As such it is not a disease but is indicative of medical problem. Some of the common signs of macrocytosis include fatigue, weakness, indigestion, and certain neurological problems like depression, confusion and loss of balance. Some people can get palpitation, shortness of breath, and exacerbation of angina.

They can get signs of anemia like looking pale (specific on the tongue and nail beds which will lose its original color), bounding pulse and murmur sound on the heart. The symptoms can occur gradually or not suddenly. For some it can cause diarrhea and gastrointestinal problems. In severe cases, the person’s nervous system will get affected causing dementia or loss of balance and/or numbness on arms and legs.

Some of the common causes of macrocytosis are vitamin B12 deficiency, insufficient folic acid, liver problems and thyroid hormone problems. Vitamin B12 deficiency can occur due to bacterial infection, after gastrectomy surgery, HIV infection, mal-absorption and imbalanced diet. It can develop due to side effect of prolonged use of epileptic drugs and cancer medications. The symptoms can develop due to alcoholism also.

In some people macrocytosis can occur due to folate deficiency caused by over-use of alcohol, blood related disorders like aplastic anemia and myelodyplastic syndrome. In rare cases drugs like azathioprine can alter the normal DNA synthesis leading to macrocytosis. Certain types of cancer like leukemia (blood cancer), myelofibrosis (bone marrow disease) and myelodysplasia can cause this problem. Anemia can be inherited by birth (pernicious anemia) resulting in macrocytosis. In rare cases gastrointestinal problems like celiac disease and Crohn’s disease can cause macrocytosis.

People with family history of macrocytosis, people with autoimmune disorders, people who consume heavy alcohol, people who undergo chemotherapy, people who have undergone gastric surgery and people who are purely on vegan diet are at risk of developing macrocytosis. It is not that a person with any of the risk factors given above will develop this problem but the chances are high.

If left untreated macrocytosis (in severe cases) can lead to various neurological problems like dementia, depression, loss of balance and numbness.

For many people, macrocytosis is detected only at the time of blood test done for any other illness. Your doctor would request for peripheral blood smear test to detect the number of RBC. In some people he may opt for bone marrow biopsy to collect small tissue sample from the bone to identify macrocytosis.

The ultimate aim of treatment would be to correct the RBC deficiency and to resolve the underlying medical condition that has caused macrocytosis. For mild cases no treatment is required except modifying the diet. If the test report indicates that macrocytosis is formed as a result of vitamin B12 deficiency then your doctor would ask you to include plenty of vitamin supplements and modify your diet.

In case if the problem is due to anemia he would consider doing blood transfusion. For a person with malabsorption problem there is no use in giving supplementary vitamins or diet modification. In such cases hydroxocobalamin is injected intravenously. For severe cases the dosage will have to be given for each week initially and gradually the dosage will be reduced. For a person with vitamin and folate deficiency, treatment will be given first to resolve vitamin deficiency followed by the next. 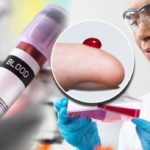 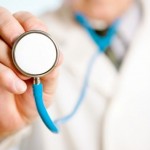 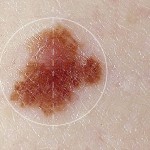 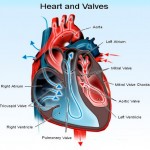