Menorrhagia in common terms is called vaginal bleeding discharged during the menstrual cycle of women. Sometimes bleeding may be heavy or prolonged and for some women it can be irregular periods. There is variation between the periods of every woman. But most of them would have periods for every 28 days and for some women it can be anywhere from 25-35 days. The vaginal bleeding lasts for 3-6 days. For young girls, the menstrual cycle will be for 21-45 days. During the menopausal stage, the periods may occur irregular and less often.

Abnormal vaginal bleeding can occur due to number of factors. Any change in hormone level can cause change in periods. Sometimes, if there is any infection on the vagina or any cancerous growth on the lining of the uterus, it can cause abnormal bleeding.

Some of the other causes of excessive vaginal bleeding are sudden changes in contraceptive pills, changes in exercise pattern, diet changes, surgery on the uterus, formation of cyst in the ovary, thyroid disorder, diabetes, liver cirrhosis, uterine fibroids, sudden weight loss, and certain steroid medications.

Some of the signs of excessive vaginal bleeding include bleeding after intercourse, spotting between periods, and heavy bleeding like clots, bleeding for more than 5 days, short menstrual periods. For some women, there may be bleeding even after menopause. You need to maintain record of the above symptoms and consult your doctor.

Your doctor may ask you several questions regarding vaginal bleeding. Further she may ask you to do Pap smear test and ultrasound scan of pelvic area. If needed, you should also do blood test and urine analysis. 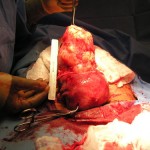 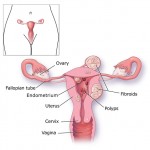 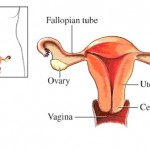 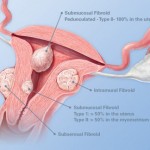 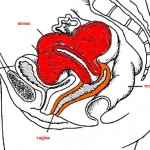 It is necessary to find out the exact cause which causes Menorrhagia before starting treatment. Medications can be given for controlling excess bleeding and for some women with thyroid problems, hormonal drugs should be given. For those with ovary cyst and uterine fibroids surgery may be done.

Non steroidal drugs are usually given for treating menorrhagia. It is better to use oral contraceptive pills for postponing pregnancy rather than using other methods. Progestin is effective for curing vaginal bleeding, but has side effects of edema, headache and weight gain.

Surgery is the last option of treatment to cure uterine fibroids and cyst that causes vaginal bleeding. It can be in the form of dilatation and curettage (D & C), hysterectomy and endometrial ablation methods.