Sinus cavities are the organ that produces the mucus. Mucus is very much helps in moisturizing the air particles entering the nose. Further mucus involves in removing germs and unwanted particles. A healthy person can produce roughly 1.5 liters of mucus daily. As long as the mucus is thin it goes down your throat, unnoticed. When it gets thick it becomes phlegm causing discomfort. Mucus is powerful enough to blow even the thickest tissue when you have a cold. Mucus producing tissue is present in the nose, sinuses, mouth and throat. All these organs are kept moist only by the mucus. As the mucus gets thicker and thicket it becomes more powerful to destroy the micro-organisms automatically without any medication. You need some drugs only if the volume of bacteria and other parasites grow out of control.

What Gives Color To The Mucus ?

The mucus is not clear all the time. It may be slightly green, yellow and sometimes red or brown. Factors that influence the color of mucus. Mucus production is triggered by the immune system of the body to defend it from foreign invaders like bacteria, virus and other micro-organisms and various pollutants. Mucus can take up the color of the food particles we eat. Sometimes the organisms present in the mucus can give the color. Dryness in the atmosphere can also influence the mucus color.

Let us explore the significance of color of the mucus and what exactly it conveys. 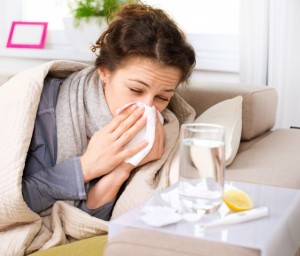 The mucus secreted by the sinus cavities does not have any color. It is clear, watery and sticky.

There is a popular misconception that green mucus is due to the presence of bacterial infection. The immune system of our body will produce loads of neurtrophils (a type of white blood cells) when he/she have a cold. A green enzyme present in the neutrophils can give the mucus green color. There are situations that you can get clear mucus even when you have a terrible cold or sinus infection. The doctor would judge the infection based on other symptoms like nasal congestion, fever and inflammation of the sinuses. Green mucus can also be due to bronchitis.

If the mucus color takes different shades of yellow it can be a sinus infection. It can be due to bronchitis if you have other symptoms given above. Sinus pressure can cause yellow mucus. Yellow sputum can be due to the presence of eosinophils in the cells. If you have asthma the color of the mucus would be white to yellow with thick texture. Yellow mucus can be due to acute bronchitis or pneumonia and there would be other vital symptoms to confirm the diagnosis. Dryness in the air can cause yellow mucus. Dryness can be managed with the help of humidifiers.

Pink colored mucus cannot be a good sign for your health. It can be due to heart problems inside. But there are various symptoms like fatigue, shortness of breath, swelling of legs, sudden weight gain, rapid heartbeat and persistent cough accompanied with pink tinged mucus to indicate that something is wrong in your heart.

As mentioned earlier, pollutants in the environment can change the color of the mucus. If the area is dry with smoke it may lead to grey mucus.

You need not have to panic if the mucus contains little blood tinge in it. When you have a cold or sinus it is common for you to rub the nose constantly. The nose gets irritated due to friction caused by rubbing and blowing causing leakage of blood. Often this is the reason for blood tinged mucus. If you have small blood in the mucus occasionally it is not a matter of concern. However if there is volumes of blood in the mucus or blood vomiting it can be something potentially serious like cancer.

The color of the mucus can become brownish due to the presence of smoke and pollutants in the air. It can be due to chronic bronchitis also. People who smoke daily and those exposed to the fumes of tobacco smoke can have brown mucus.

In rare cases the mucus may contain tinge of yellow, green and brown color. It can be due to infection or bronchitis. But if there are other signs like abdominal pain, diarrhea, loss of energy and fever it can be some internal problem in the intestine.

Exposure to coal dust, constant smoking and pulmonary diseases like TB, cancer and emphysema (progressive lung disease) can cause black mucus. Here again presence of other symptoms should be taken into consideration. Coal miners and workers employed in industry that produces toxic substances are at risk of developing various lung diseases that causes black colored mucus. Black mucus can be due to fungal infection in the lungs.

Often clear white mucus is the result of atmospheric pollutants and allergic response. The immune system of the body triggers production of antihistamine and the nasal cavity lining works rapidly to produce white mucus with cough to expel the allergens. White mucus can be indicative of respiratory tract infection, chronic bronchitis (whitish grey) and other infections. You are coughing and sneezing to throw out millions of germs and allergens inside your body. Remember this while you sneeze/cough next time so that you would cover your mouth with hands.

The doctor would often decide the disease based on other symptoms with mucus. He may not arrive at a decision taking the color of the mucus alone. If necessary, the doctor may order sputum culture test to make right decision.

A common cold does not require any treatment. Your body is triggered to produce antibodies to fight and destroy the foreign invaders. You can take medications if the cold persist with other symptoms like shortness of breath, fatigue and discomfort. Over the counter antihistamines can help you to overcome the symptoms. Decongestant syrup is effective in clearing the nasal cavities. It is capable of thinning down the mucus making you breathe easy. Decongestants are good if you have thin mucus with runny nose and not recommended for thick mucus. But decongestants can cause some adverse effects like dizziness, increase in blood pressure and nervousness.

Antihistamines like Cetrizine and Benadryl are effective in treating cold caused by allergens. It can cause drowsiness, headache and dryness of mouth. Expectorants like guaifenesin are efficient to clear off the mucus from your lungs. You need to consult your family physician if you have cold or sinus for days together and accompanied with other symptoms. He would prescribe antibodies if it is due to bacterial infection.

Nettipot is an excellent option for treating colds. Nasal irrigation is done by using this device for removing the mucus. Saline solution is blown into one of the nostrils and drained out through the other nostril. You can use bulb syringe for nasal irrigation. Mucus gets loosened up from the nasal cavity flowing through your nose.