You are here: Home / Information / Mucus In The Bowel Movement – Symptoms, Causes, Treatment

It is quite common to have little mucus in the daily stool for many of us. Mucus is a soft jelly substance that lines the intestine and the colon to keep it lubricated. Hence during bowel movement, some part of the mucus can get mixed up and expelled. However it is not common to have excess of mucus in the stool. It can be due to infection or any other medical condition which needs to be investigated. For some people streaks of blood can be present in the stool along with mucus. In such cases it is wise to seek prompt medical attention. If you have pain in the abdomen, diarrhea or bloody mucus stool you can check with your doctor early. Medical conditions like ulcerative colitis, IBS or irritable bowel disease or Crohn’s disease can cause such symptoms. Minor problems like anal tear or fistulas can also cause mucus in stool.

In this article, we shall know about the various symptoms and causes of mucus in stool.

Symptoms Of Mucus in the Bowel Movement :

The signs and symptoms of mucus in stool may vary from one person with another, depending on the cause. It can cause abdominal pain, swelling or distension of abdomen, diarrhea, foul smelling stool, blood spots on the stool, excess of gas, change in color and texture of stool, loss of appetite, nausea, vomiting and fecal incontinence. In severe cases it can be accompanied with fever, chills, tiredness and hives. All these symptoms indicate prompt medical attention. If you happen to see someone having mucus in stool with signs of change of alertness, loss of consciousness, sudden change in behavior and high fever, take them to the nearest hospital without any delay or call 911 promptly. 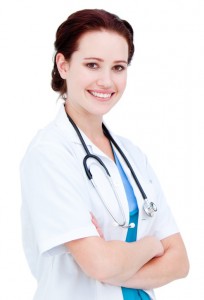 Causes Of Mucus in Bowel Movement :

Some of the possible causes of mucus in stool are discussed here.

Treatment is based on the diagnosis and its cause. Most of the medical disorders can be managed through medications and support therapy. It is necessary to find out the underlying problem before giving any treatment. Anal fissure, fistulas, hemorrhoids and piles can be effectively managed with drugs and small changes in diet. Adding more fiber content will help in improving the symptoms. For people with food intolerance and allergy it is wise to stay away from such food items to prevent any complication. Though there is no cure for Crohn’s disease symptoms can be managed to large extent by diet modification and medications. Surgical intervention may be needed for some disorders like polyps or tumors in the intestine.