Among these, neutrophils alone account for 40-75% of white blood cells which are released when there is infection in the body. Neutrophils are fast in reaching the site of infection and destroying the microorganism causing it. Neutrophils produce deadly enzyme for killing the bacteria thus protecting the body from infection.

However the cell count may vary with respect to age. Three types of white blood cells namely (neutrophils, basophils and eosinophils) act together to produce antigens for destroying bacteria. Neutrophils and other type of leucocytes are produced in bone marrow and later sent into the bloodstream. Neutrophils live for 3-4 days in the body and when it dies new neutrophils are generated.

What Happens When Neutrophils Level Gets Lowered ?

When the total count of neutrophils becomes reduced, the body becomes prone to infection. However the intensity at which immunity is reduced depends on severity of neutropenia and the type of infection develops in the body. Neutropenic patients are likely to get skin infection from bacterial and fungal infections on gastrointestinal tract. Normally the infection develops on specific areas like GI tract, genitals and skin but in rare cases it may spread to lungs and other vital organs through blood.

When the count of neutrophils is in the range of 1000-1500 per micro-liter of blood, then the person is said to have minimal risk for infection. If it is 500-1000 it is categorized as moderate neutropenia and if the level gets below 500, then it is severe form of neutropenia.

Decrease in the level of production of neutrophils causes neutropenia. This disorder occurs on three conditions

Various medical issues can lower the level of neutrophils. Autoimmune disorders like TB, HIV and Malaria can cause neutropenia. Certain medicines given for cancer and chemotherapy can destroy neutrophils. It may develop due to vitamin deficiency in blood. A person having problems in bone marrow like leukemia, anemia and myelodysplastic syndrome is likely to get neutropenia. If the child inherits bone marrow disease then he/she may get neutropenia. This disorder can be caused by hypersplenism in which blood cells are destroyed by enlargement of spleen. Prolonged consumption of antibiotics and diuretics, alcoholism, hepatitis A and B and other parasitic disease may also cause neutropenia. 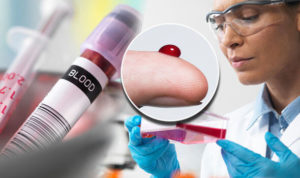 The doctor would do normal blood count test for detecting the count level of neutrophils.