Children and even adults would have discomfort or pain in the abdomen which is expressed as stomach pain commonly. The abdomen consists of variety of organs like stomach, liver, pancreas, bile, small intestine, large intestine, kidneys and ureter. Inflammation or infection in any of these organs will cause stomach pain. A doctor will have to consider other symptoms carefully after physical examination to determine the reason of stomach pain.

Stomach pain causes may vary widely from simple gastric pain to more severe infection. Sometimes, other medical conditions can induce stomach pain. Stomach pain can occur anytime of the day but the chances are high after having heavy dinner. Having fully fledged dinner before going to bed is definitely not good for your abdomen since it would struggle to digest volumes of consumed food when you are already on sleep. The position in which you sleep can also determine nighttime stomach pain. Certain postures can aggravate stomach pain for sure when your stomach is full. And certain organs become active during night and that too after having dinner. Often children and even adults complain of stomach pain in the right upper portion of the abdomen. In general terms stomach and abdomen are treated as one and the same, but both are totally different.

Position Of The Stomach :

Stomach lies below the thoracic cavity and is partially present in all the 4 quadrants of abdomen. Stomach would also change position when a person is lying down on his back or lying in supine position. Similarly stomach would shift its place when the person stands or sits. Stomach pain would spread out to the surrounding areas mostly and one can feel the pain in remote areas of stomach when there is a problem in it.

Any abnormality in the other areas of the abdomen can also cause stomach pain. You can feel discomfort in the stomach if there is any problem in the spleen, liver, kidneys or colon. The cause of stomach pain may vary widely ranging from indigestion or heartburn to more serious conditions like stomach tumor or abdominal aneurysm. 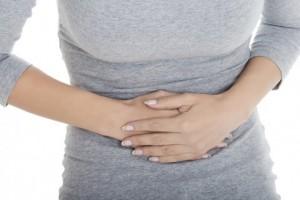 Some Of The Major Causes Of Nighttime Stomach Pain Are Discussed Below :

Heartburn is common in people who go to bed shortly after eating heavy meals. A sort of burning pain is felt in the chest region and the pain becomes worse when the person is lying down on his bed or bending over. Heartburn can cause nighttime stomach pain along with symptoms of burning pain in the chest. Eating onions, citrus fruits, hot peppers, chocolate or oily spicy foods can aggravate the heartburn and stomach pain. Acid and other enzymes secreted in the stomach sometimes may enter into the esophagus when the esophagus sphincter valve gets opened pushing the acid into the throat and mouth causing heartburn. GERD (Gastro Esophageal Reflux Disease) is one of the most common causes of nighttime stomach pain.

Having heartburn with stomach pain at night is not a matter of concern all the time. You should make sure that it is not related with heart and you are not having any other symptoms like profuse sweating, rapid pulse rate, palpitation and shortness of breath. Any kind of cardiovascular problem can cause symptoms like severe pain in the left upper abdomen which may extend towards your neck and left shoulder with other serious symptoms given above. Many people mistake heartburn for heart attack and seek immediate medical attention. You can get quick relief from heartburn and reflux problem by taking antacids but in case of cardiac problem, the pain would still persist and may worsen with time.

The soft mucosal lining of the stomach gets irritated and eroded causing inflammation, which is described as gastritis. It is largely caused by Helicobacter pylori bacterium which is ingested into the stomach by eating contaminated food/water. Having heavy doses of alcohol daily or using narcotic drugs or taking NSAID mediations regularly can cause gastritis. Gastritis can cause nagging pain on the stomach which increases as you eat and go to bed at night. Other symptoms of gastritis include nausea, vomiting, bloated sensation (feeling of fullness) and indigestion.

Soft lining of the stomach gets broken down forming open sores known as peptic ulcers. Ulcerous sores can form in 3 regions namely, the esophagus (lower part), the stomach and the duodenum. Peptic ulcer can cause intense/ sharp pain in the abdomen which radiate towards the chest. Many people may wake up at night due to sudden severe pain in the stomach caused by ulcer. Some of the other signs of peptic ulcer are loss of appetite, nausea, vomiting, indigestion, bloody stool and unexplained weight loss. Often ulcers are caused by bacterial infection and other habits like smoking, drinking and frequent usage of ibuprofen and aspirin like drugs.

Bile components can sometimes accumulate forming hard crystal like structure called as gallstones. The size of gallstone may vary from size of a grain or even an apricot. Gallstones can cause no symptoms at all if the size is small. However for some people it can cause severe pain in the stomach during nighttime particularly after a heavy meal. Nausea, vomiting, passing clay colored stool and stomach pain are other symptoms of gallstones.

Pancreatitis is a condition in which the pancreas (small organ behind the stomach) gets inflamed. It can be either acute (sudden) or chronic (gradual process for long term). Pancreatitis can cause severe pain in the stomach which may radiate towards your back. It may also cause other symptoms like indigestion, abdominal tenderness, nausea, and weight loss. Gallstones is believed to cause pancreatitis most of the time. Alcoholism, smoking, and cystic fibrosis can cause pancreatitis.

Irritable bowel syndrome and inflammatory bowel disease can occur due to ulcerative colitis and Crohn’s disease. Both these conditions can cause chronic pain in the upper abdomen. In addition to the pain, there can be other symptoms like diarrhea, indigestion, excessive belching, and feeling of fullness in the stomach. The symptoms of acute pain can increase particularly at night after taking triggering foods or drinks.

Children are not capable of interpreting the pain in the abdomen and they often mistake it for passing the stools. Cyclic vomiting syndrome is the medical term developed recently wherein children have recurrent episodes of vomiting along with abdominal pain.

Some children complain of frequent pain in the abdomen particularly at night. Often there is no identifiable cause for this condition. 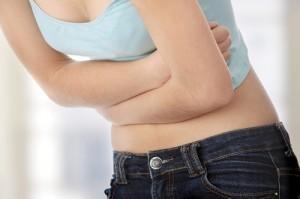 Exact cause of stomach pain nighttime should be diagnosed before treating it. Treatment for gastritis due to bacterial infection is by taking suitable antibiotics. One should avoid taking NSAID drugs regularly. Proton pump inhibitors like omeprazole or esomeprazole is effective. Treatment for peptic ulcer caused by bacteria is by taking prescribed antibiotics. For other causes powerful antacids may be effective in reducing stomach acids.

Pancreatitis can be treated by diagnosing the underlying cause. Hospitalization for few days is required until the pancreas have healed completely. Surgery is to be done for removing gallstones. Making small changes in diet habit and lifestyle can be helpful. Daily drinkers are at high risk of pancreatitis. To avoid any kind of abdominal pain it is enough if you follow healthy diet habits and lifestyle. Avoid eating large meals before going to bed. If you are allergic to certain foods, identify them and avoid them completely.